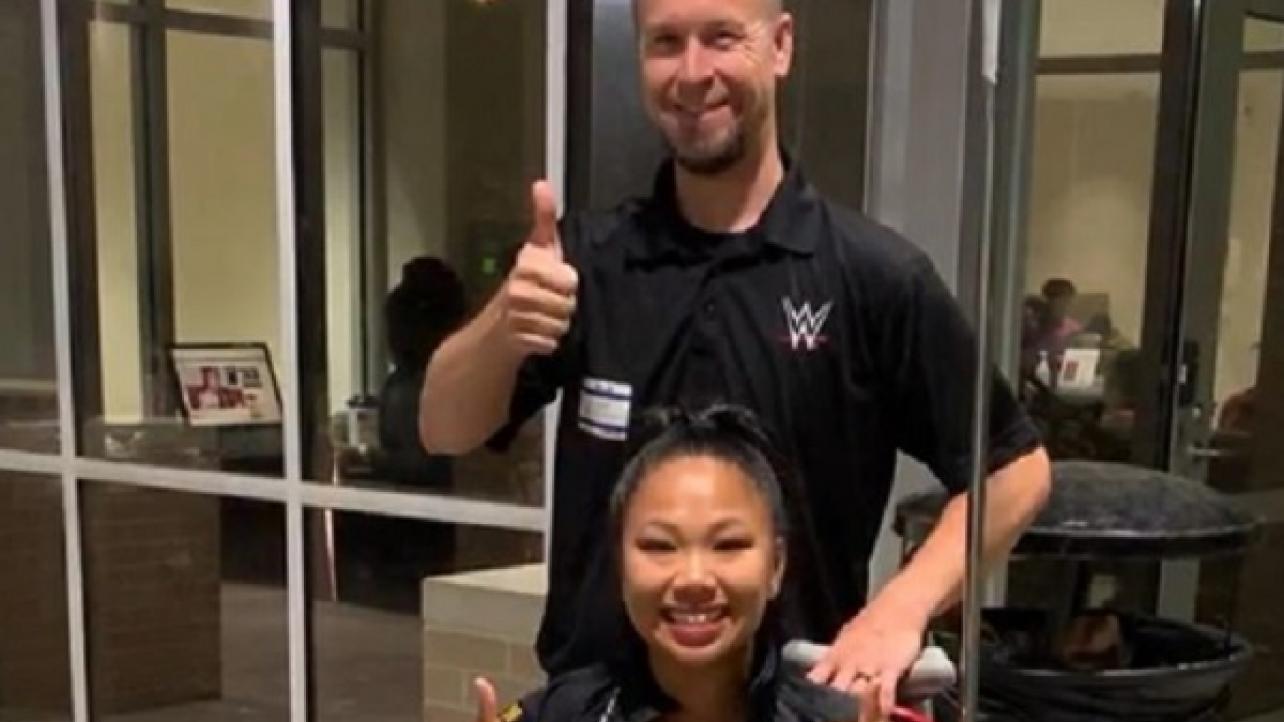 As we reported on Sunday morning, NXT Superstar Karen Q suffered a broken leg during a tag-team match she competed in at the NXT Atlanta live event on Saturday evening.

Karen Q took to social media to share photos of herself leaving the hospital in a wheelchair and of the X-ray of her broken leg on Sunday.

The NXT Superstar worked alongside Bianca Belair in a tag-team match, defeating the team of Rhea Ripley and Reina Gonzalez, but going down with the legitimate injury in the process.

WWE released the following article on the injury on Monday morning:

Karen Q suffered a leg injury Saturday night at a Live Event in Atlanta, the NXT Superstar revealed in a tweet on Sunday.

“My leg is broken, but I will be back!” Karen Q wrote in a post accompanied by a photo of her wearing a cast on her left leg and an X-ray image showing a fractured lateral malleolus.

The tour was the first NXT road trip for Karen Q, a 2018 Mae Young Classic tournament competitor who joined the WWE Performance Center last February. Although the tour ended on a sour note, Karen Q was able to experience another career first before suffering the injury, as she wrestled in front of her mother for the first time ever at a Live Event the night before in North Charleston, S.C.

Join WWE in wishing Karen Q a quick recovery, and check out some of the well-wishes from Superstars and Legends by checking out the article at WWE.com.

Additionally, you can check out photos of the injury spot from the actual match at the NXT Atlanta house show over the weekend, as well as the aforementioned photos of Karen Q leaving the hospital in a wheelchair and the X-Ray of her broken leg by clicking here.