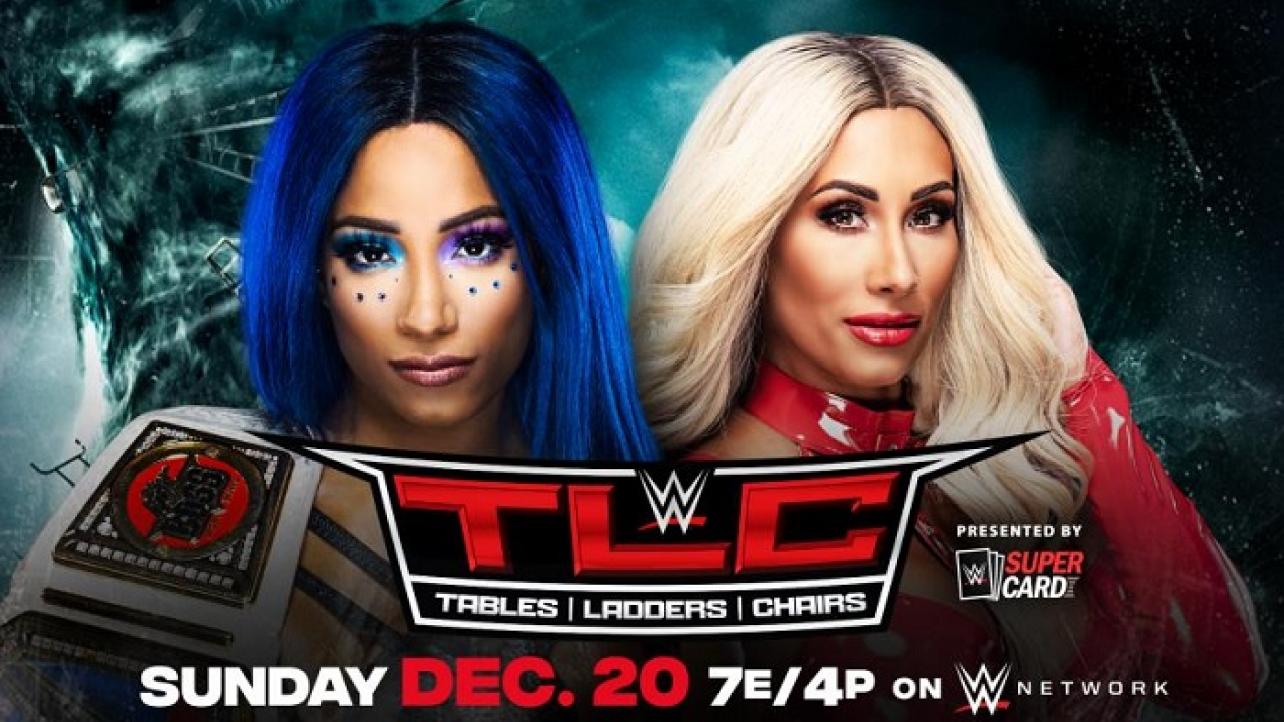 Another bout is now official for this Sunday’s WWE TLC 2020 pay-per-view.

On Thursday, WWE announced a new championship rematch for their year-end PPV show on the WWE Network this coming weekend.

The SmackDown Women’s Championship will be on-the-line as “The Boss” Sasha Banks defends once again against Carmella in a one-on-one title match at the WWE TLC 2020 event.

Featured below is the announcement from the official WWE Twitter feed.

Make sure to join us here at eWrestling.com this Sunday night for live WWE TLC 2020 results coverage.