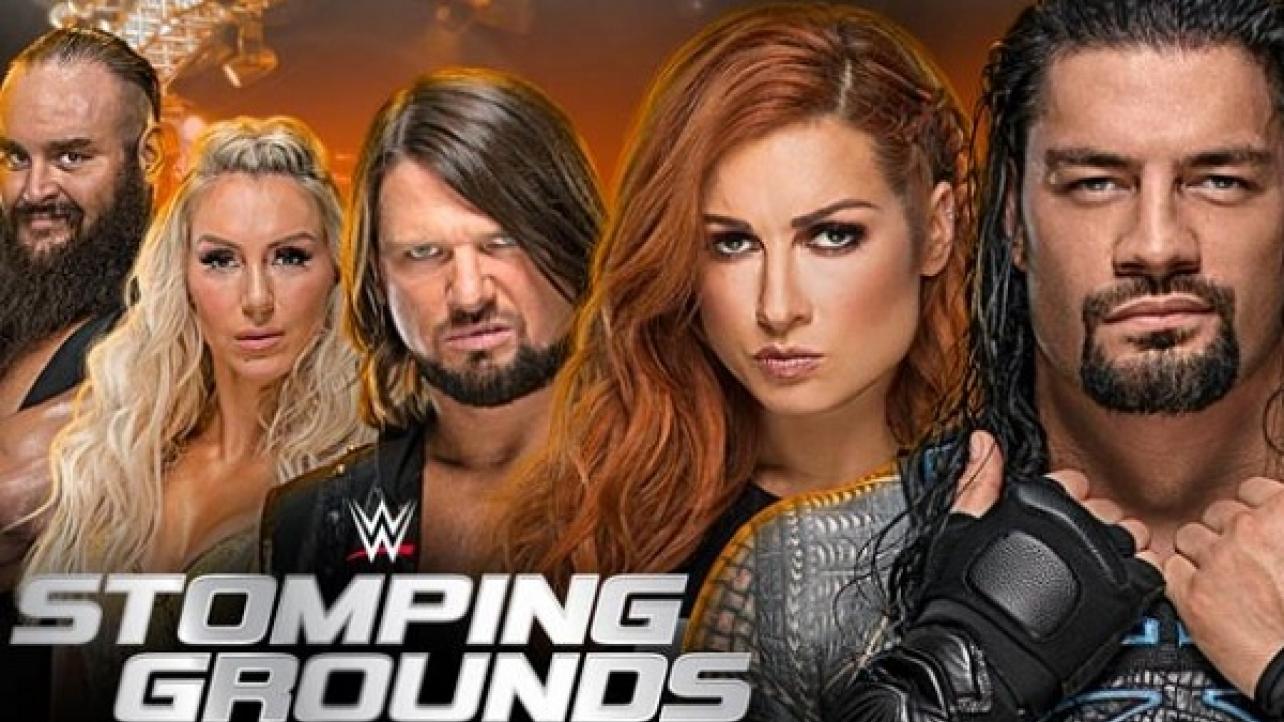 We have our first match for the upcoming WWE Stomping Grounds pay-per-view scheduled for later this month.

Now official for the PPV is a rematch from WrestleMania 35, as Roman Reigns battles Drew McIntyre in one-on-one action.

WWE confirmed the match between “The Big Dog” and “The Scottish Psychopath” on their official website and various social media channels this week.

It’s also worth nothing that while yet to be announced or acknowledged by WWE, the website for the official arena for the PPV is advertising Seth Rollins vs. Baron Corbin for the WWE Universal Championship and Kofi Kingston vs. Kevin Owens for the WWE Championship as well.

WWE Stomping Grounds takes place on Sunday, June 23rd from the Tacoma Dome in Tacoma, Washington. Make sure to join us here at eWrestling.com on 6/23 for live play-by-play results coverage of the show!