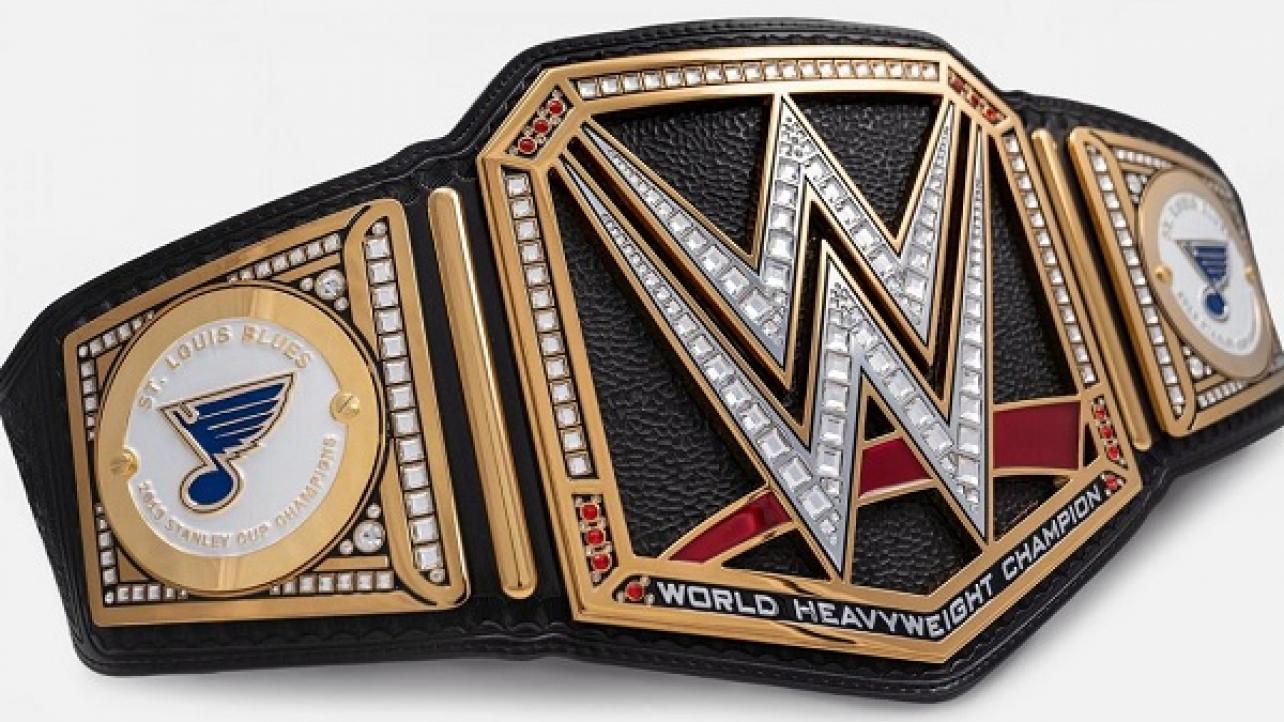 On Thursday, they shared photos of the title and sent a congratulatory message to the team, including comments from WWE executive and on-air performer Paul “Triple H” Levesque.

WWE.com released the following about sending their custom title belts to the NHL champions:

St. Louis is already the home to 13-time World Champion Randy Orton, so the city is no stranger to titles. But on Wednesday night, the Gateway to the West added a Stanley Cup to its trophy case. The St. Louis Blues defeated the Boston Bruins in Game 7 of the 2019 Stanley Cup Finals, 4-1, so WWE EVP Talent, Live Events & Creative Triple H sent a custom WWE Title to help the 51-year-old franchise celebrate its first Cup,

From last place to champions! Congratulations to the @StLouisBlues on winning your FIRST #StanleyCup in franchise history! Enjoy the celebration with this @WWE Championship… but don’t try to drink from it! #WeAllBleedBlue @NHL pic.twitter.com/mz32iGU8c8

The Blues join the likes of the 2015 Chicago Blackhawks, the 2016 and 2017 Pittsburgh Penguins, and the 2018 Washington Capitals as Stanley Cup Champions to receive a WWE Championship.

Congratulations to the @StLouisBlues on your first-ever #StanleyCup victory! https://t.co/UH3SS7yAOb