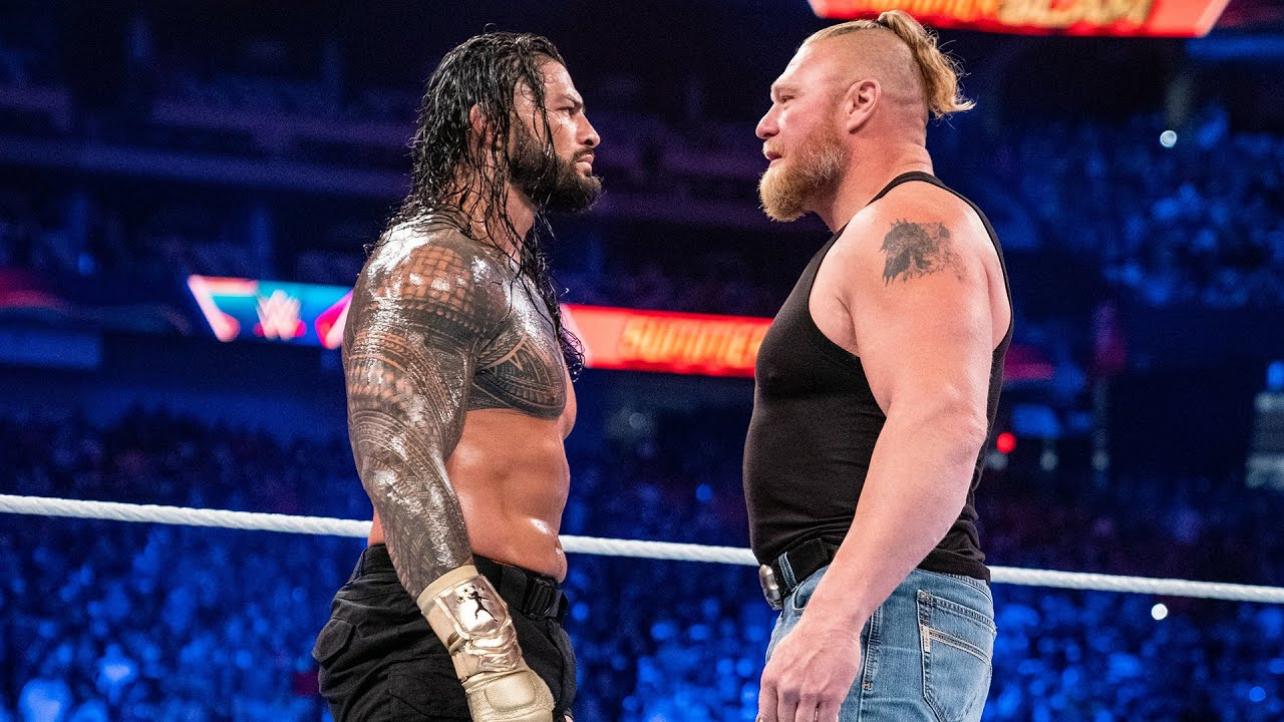 — In the latest Wrestling Observer Newsletter, the scheduled big main event for WrestleMania between Roman Reigns and Brock Lesnar was discussed and it was noted that WWE is strongly considering going with a “title vs. title” match where the winner would unify both world championship belts. One of the reasons for this is because the two of them have wrestled many times before and they want to push the WrestleMania match as something of a dream match with a payoff that hasn’t been seen before.

— The report goes on to state that the idea of a title vs. title match has been pushed internally by both Paul Heyman and Brock Lesnar and people backstage feel that ultimately Vince McMahon will agree and go with this match. That would make the upcoming Elimination Chamber match later this month especially important as Lesnar would then be favored to come out on top though the Observer also reports that there is expected to be multiple “twists and turns.”

— If this report materializes and the titles are unified, it will present an interesting situation for WWE to work the belts with the two brands, Raw and Smackdown. The main scenarios are that whoever is holding the titles will appear on both shows or they will drop the Raw title to a Raw superstar or simply forfeit the title, though that would make the title dropped come off as a secondary belt.