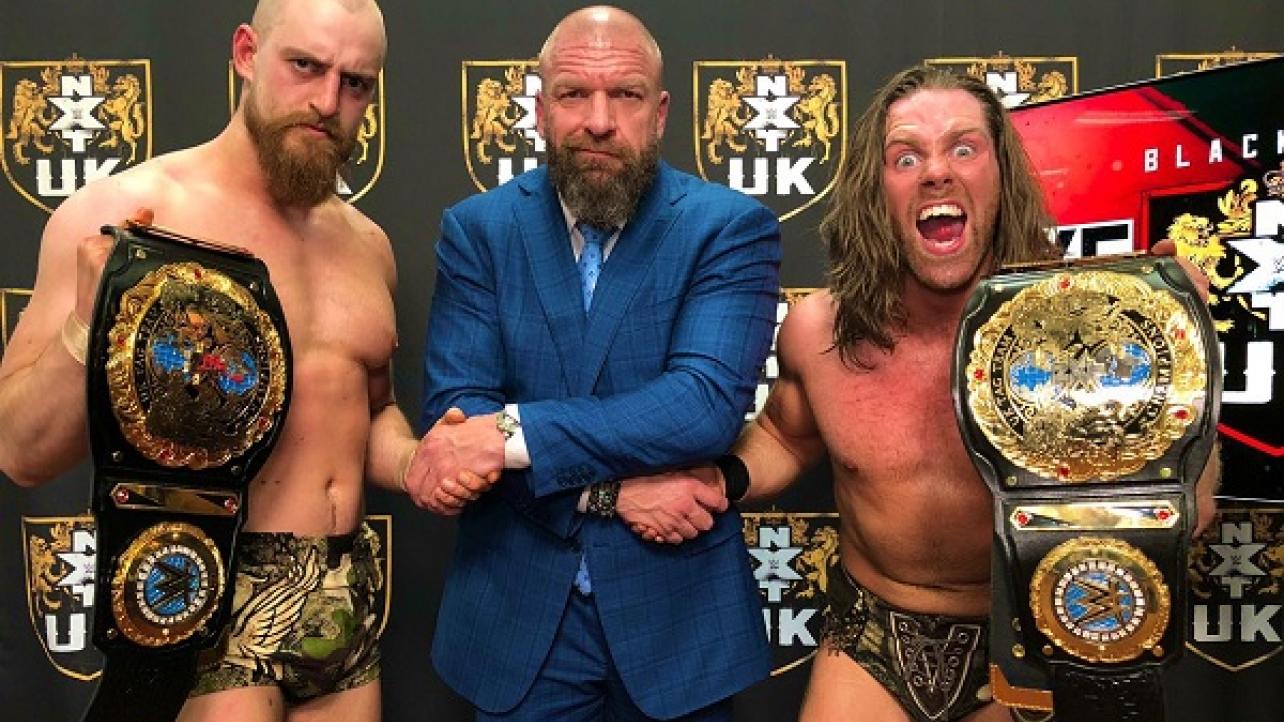 In the opening bout of the live WWE Network special, the team of James Drake and Zack Gibson defeated Moustache Mountain — Tyler Bate and Trent Seven — to become the first-ever tag-team champions of the brand.

The match was given plenty of time to develop and it definitely performed up to the high level of expectations that it had going into the event. When all was said and done, Gibson and Drake finally hit the Ticket To Mayhem on Seven for the win to become the first-ever NXT U.K. Tag-Team Champions.