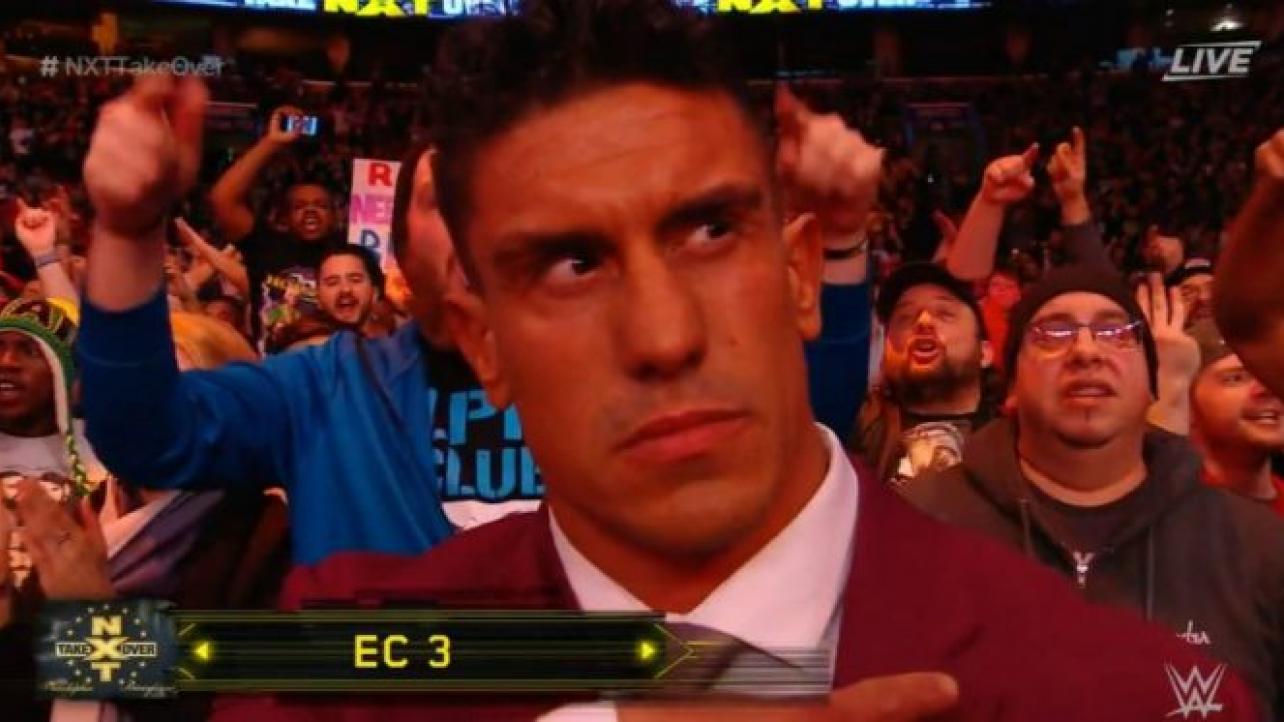 — WWE unveiled a new secondary title for NXT last night at the tapings in Full Sail University. GM William Regal announced that the NXT North American Champion will be a new title added to the brand and that the first ever titlist will be crowned during WrestleMania weekend at the TakeOver show in New Orleans on April 7.

— The announcement prompted the appearance of EC3, who commented that it was nice of Regal to create a title just for him. Regal then revealed that EC3 will contest for the championship in a ladder match with five other wrestlers: Lars Sullivan, Velveteen Dream Killian Dain, Adam Cole and Ricochet.

— EC3 made his return to NXT in January, but was not seen in February. He previously wrestled for the brand back during the 2010-2013 time period under the name Derrick Bateman before being released.