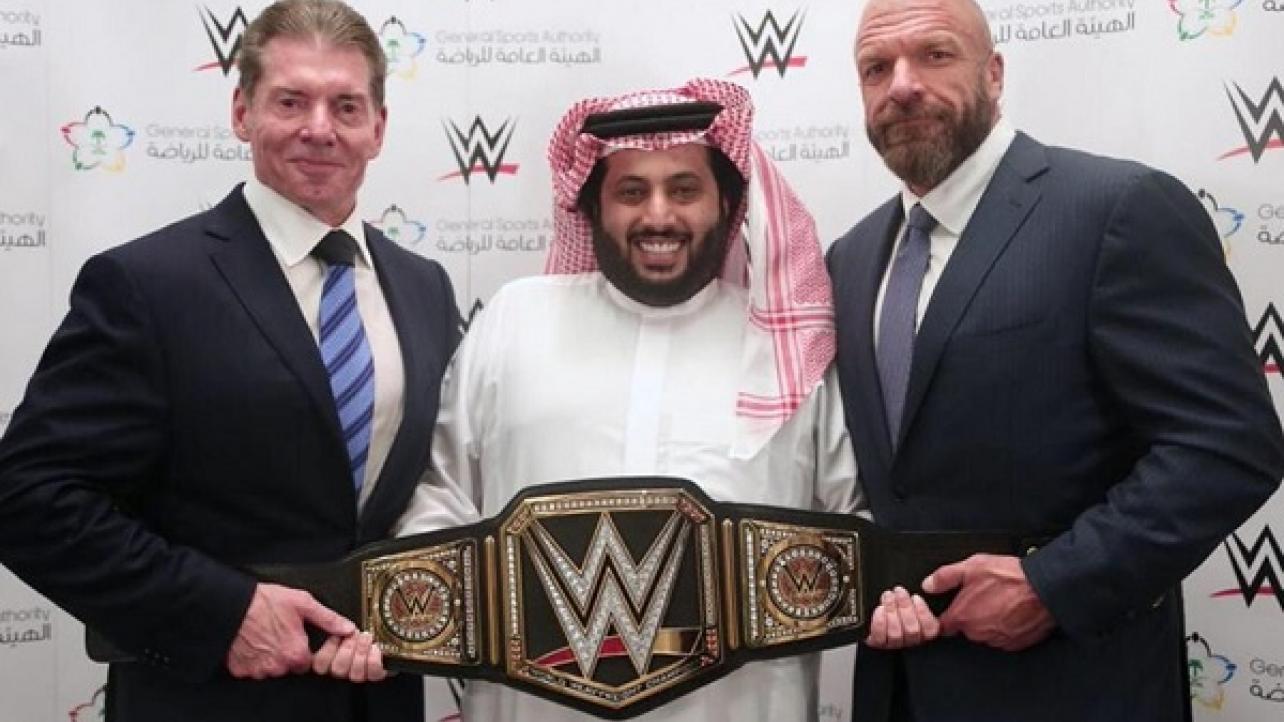 WWE is vehemently denying the rumors that a financial dispute between Vince McMahon and the Saudi Crown Prince caused the chaotic travel issues for the WWE roster coming back from Saudi Arabia following the WWE Crown Jewel pay-per-view in Riyadh last Thursday.

According to Forbes, WWE has swiftly denied the allegations that a payment dispute with Vince McMahon and the Crown Prince of Saudi Arabia was the cause of their flight back to North America being delayed.

According to the story, WWE confirmed its “strong relationship with its partners in Saudi Arabia” and said that the “feed issues were entirely unrelated to any issues with payment.

They reinforced that mechanical issues were a cause of the flight delay and Atlas Air, the charter company, issued an apology in that regard as well.”

The @WrestleVotes Twitter account, which has broken multiple WWE stories over the years, had this to add about the atmosphere at night’s WWE Raw, suggesting that the incidents from last week are still dominating the chatter backstage and will remain so for quite a long time:

“The vibe backstage at RAW in Long Island right now is that of weariness, with a majority of the Superstars still speaking about the events of the weekend, a source said. This is likely a topic that will be discussed behind the scenes for a very long time to come.”

As noted, things were so bad that Vince McMahon held a meeting with the entire WWE roster prior to WWE Raw backstage at Nassau Coliseum in Uniondale, New York on Monday night. For the full story on that, click here.