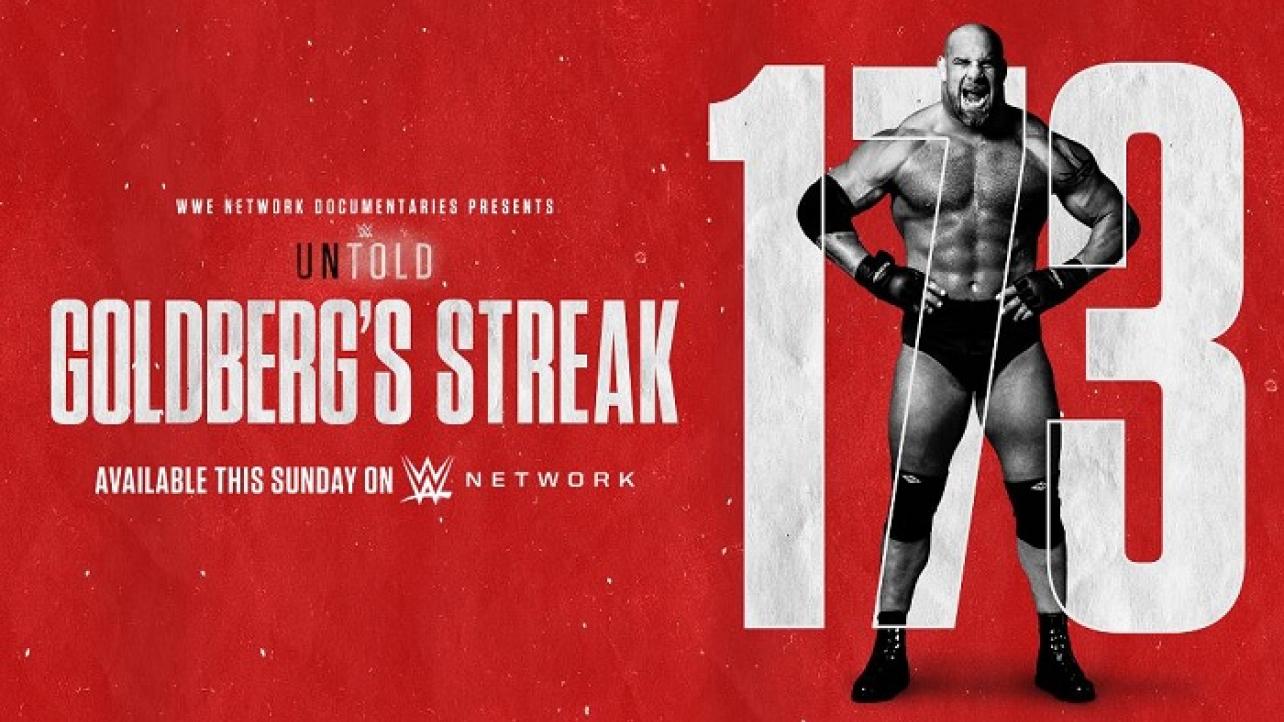 The undefeated streak of Bill Goldberg was a thing to behold if you watched it play out live during the Monday Night Wars between WWE and WCW in the late-1990s and early-2000s.

Goldberg’s 173-0 undefeated start to his career in World Championship Wrestling will be the focus of the latest installment of the popular WWE Network Original Documentary series, “WWE Untold.”

WWE Untold: Goldberg’s Streak is scheduled to premiere on the WWE Network this coming Sunday, December 13, 2020.

The official WWE Network Twitter feed posted this promotional item to advertise the premiere of the new WWE Untold episode coming to the WWE Network on 12/13. Above is a trailer for the special courtesy of the WWE YouTube channel.

The NEXT #WWEUntold streams your way this Sunday on WWE Network. @Goldberg pic.twitter.com/1texVZ7wSh

In related news, the latest installment of the WWE digital series, “WWE Playlist,” which dropped on Monday morning across all of WWE’s digital platforms, gives fans a special look at rare Goldberg bouts. Check out the WWE Playlist special episode on Bill Goldberg below.

These rare @Goldberg bouts will have you on the edge of your seat! pic.twitter.com/jUVQvSoKU7