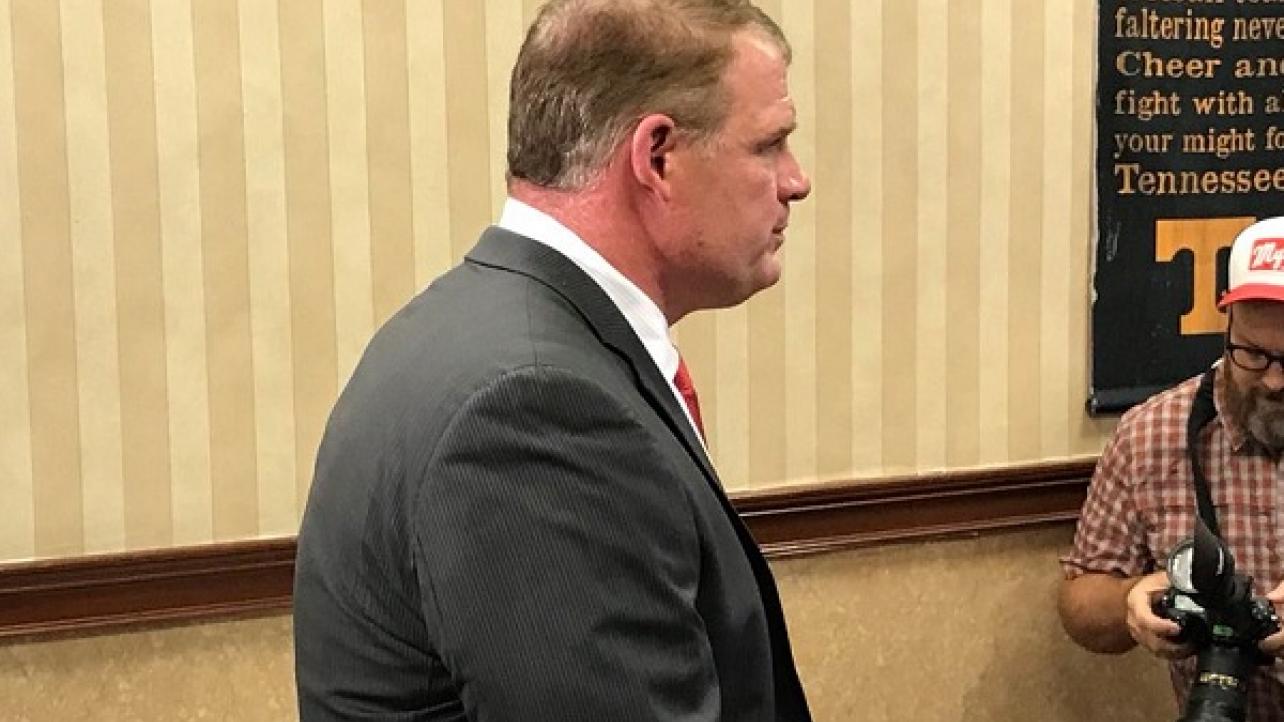 The Knox News is reporting that WWE is making a donation of $100,000 towards the Knoxville Public Safety Foundation, at the request of Knox County Mayor Glen Jacobs, known in WWE circles as Kane. The request for a donation was made by Kane as “appreciation for making a series of appearances for WWE this fall”, one of which is the Crown Jewel event in Saudi Arabia. Kane has also not ruled out wrestling for WWE, even while serving as mayor. WWE will be presenting the check to the Foundation in January of 2019 when the company holds a live event in Knoxville.

“We’re happy to support this charity of behalf of Mayor Jacobs. Much like his unparalleled contributions to advancing the WWE brand during his stellar career of more than 20 years, Mayor Jacobs has begun work to improve Knox County.” – Vince McMahon

“I’m extremely proud that my career with WWE will have a positive impact on the community through my role as Knox County Mayor.” – Glenn “Kane” Jacobs