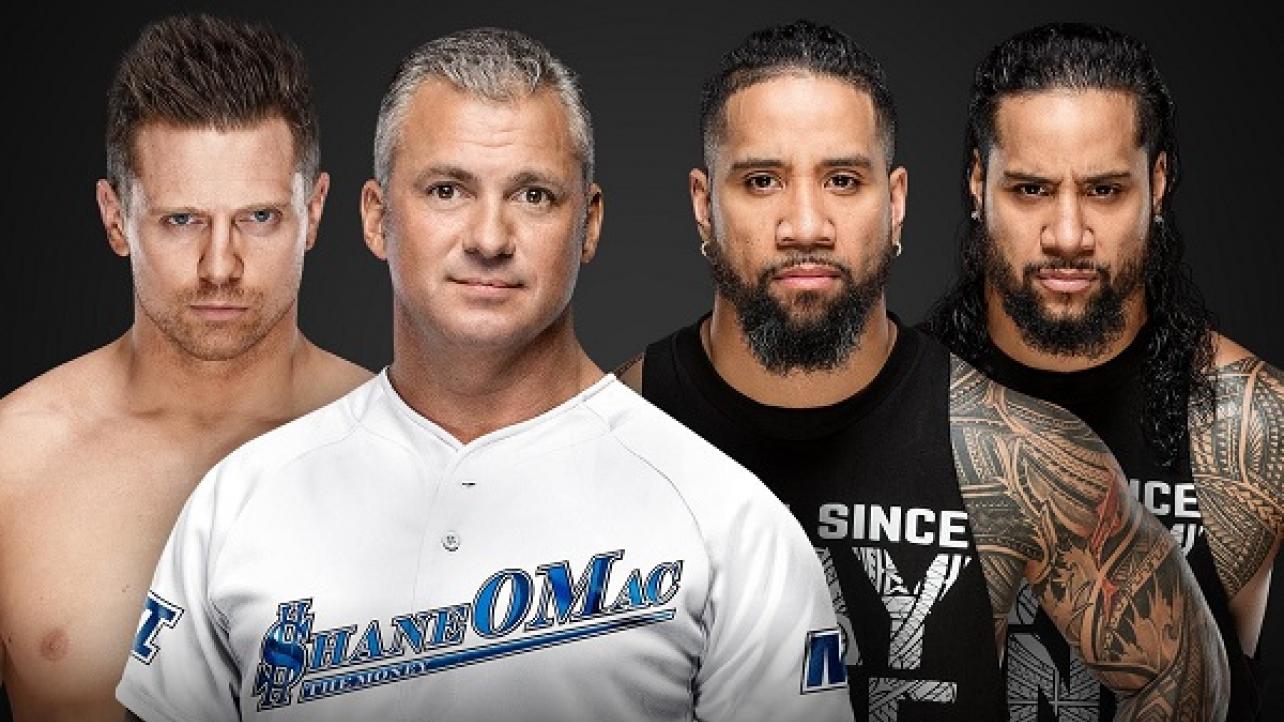 In addition to the announced WWE Championship Elimination Chamber Match that we reported previously, another title match was made official for the February WWE PPV event.

A Fatal-4-Way elimination match took place on Tuesday night’s show, which took place at the Talking Stick Resort Arena in Phoenix, Arizona. The match saw The Usos emerge victorious after eliminating The Bar. The match also featured Heavy Machinery and The New Day.

With the win, The Usos will go on to challenge Shane McMahon and The Miz for the SmackDown Tag-Team Championships at the PPV.

Additionally, the team of Mandy Rose and Sonya Deville were added to the Elimination Chamber Match to crown the first-ever WWE Women’s Tag-Team Champions. Two more spots now remain for the blue brand in the match, which also features Nia Jax and Tamina, Liv Morgan and Sarah Logan, as well as the winning team of Monday’s upcoming match on WWE RAW pitting Bayley and Sasha Banks vs. Alicia Fox and Nikki Cross.

WWE Elimination Chamber 2019 goes down from the Toyota Center in Houston, Texas on Sunday, February 17th, airing live via pay-per-view and on the WWE Network. Make sure to join us here at eWrestling.com on 2/17 for live play-by-play results coverage of the show.