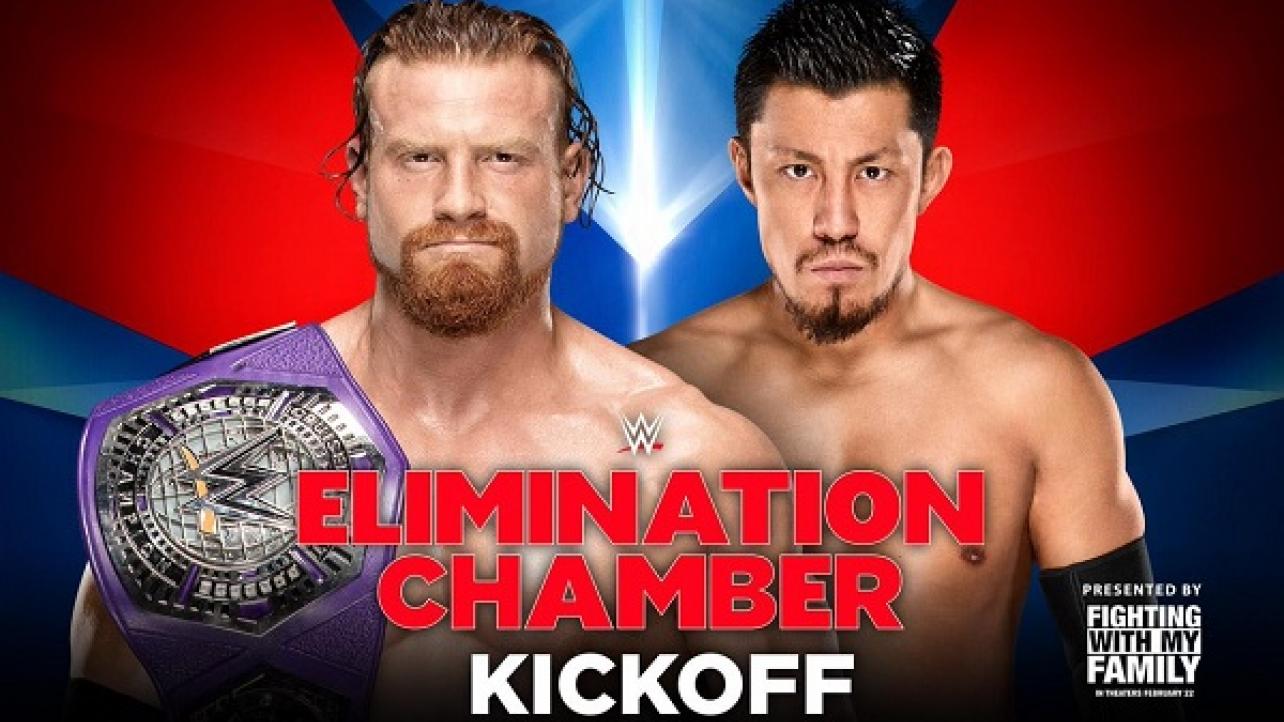 205 Live Superstar Buddy Murphy will be defending his WWE Cruiserweight Championship against number one contender Akira Tozawa on the pre-show that airs on the WWE Network leading into Sunday’s pay-per-view.

This is nothing new for Murphy, who has also served as the talent who worked the Kickoff Show matches for the recent WWE Royal Rumble and WWE TLC pay-per-views.

Check out the announcement regarding the Kickoff Show match for this Sunday night below, and make sure to join us here at Rajah.com this Sunday for live play-by-play results coverage of the show.