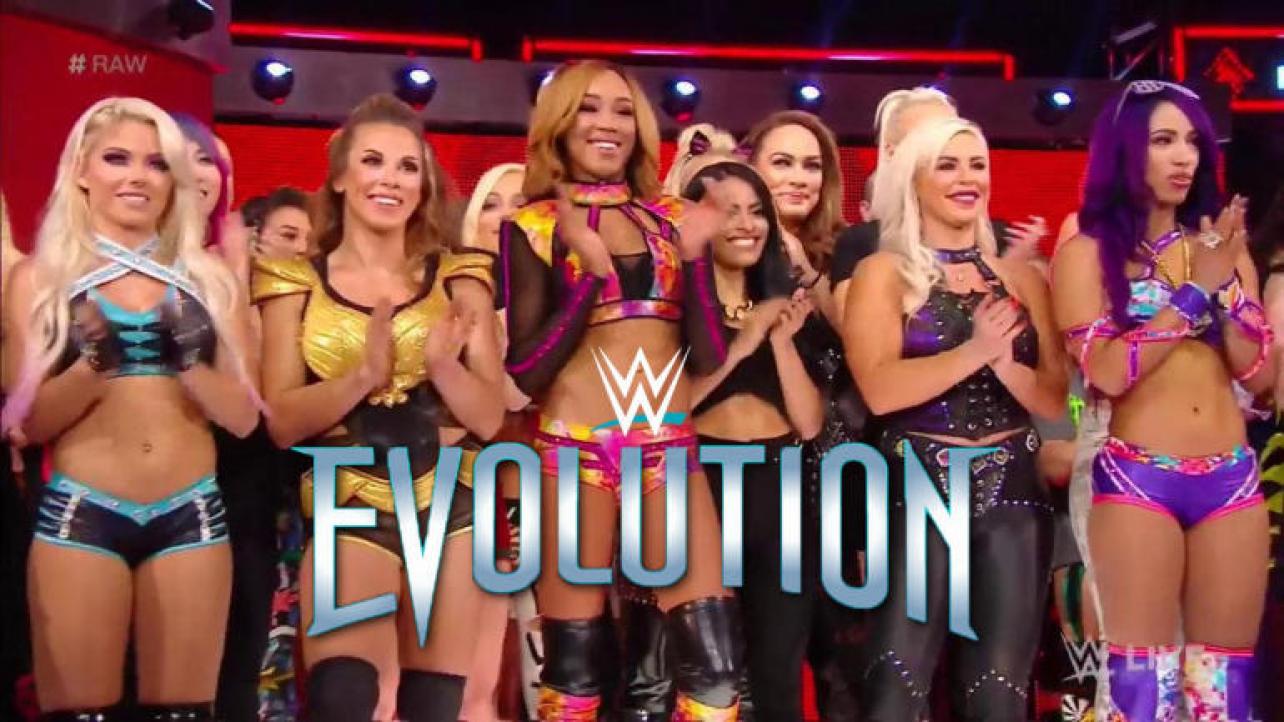 — Others who are in town for Evolution: Ric Flair, Finn Balor, Shawn Michaels, The Miz, Mike Kanellis and Christian.

— WWE had reportedly reached out to Rena “Sable” Mero to be a part of tonight’s Evolution though it remains unknown if she will be on hand. WWE Hall of Famer Tammy “Sunny” Sytch when asked on Twitter what she will be doing during Evolution responded that she will be “working on some sexy tan lines” so it doesn’t appear she will be there, especially in light of all her legal troubles as of late. Both Sable and Sunny are likely to be mentioned (perhaps via a video package) given their importance to the Evolution of women in WWE.

— Former WWE competitor Jazz recently stated that she has no interest in being a part of Evolution. According to a rajah.com source, the feeling is apparently mutual as the company never had any plans to include her. Furthermore, she was part of the concussion lawsuit against WWE that was thrown out recently, which would make her participation even more remote.

— Finally, this is far from confirmed but there is a backstage rumor going around that Stephanie McMahon will indeed be announcing the debut of women’s tag team titles tonight on Evolution. Stephanie, WWE and even many of the talent have been dropping hints that this title is on its way sooner rather than later and it would make sense to make an announcement during the PPV.