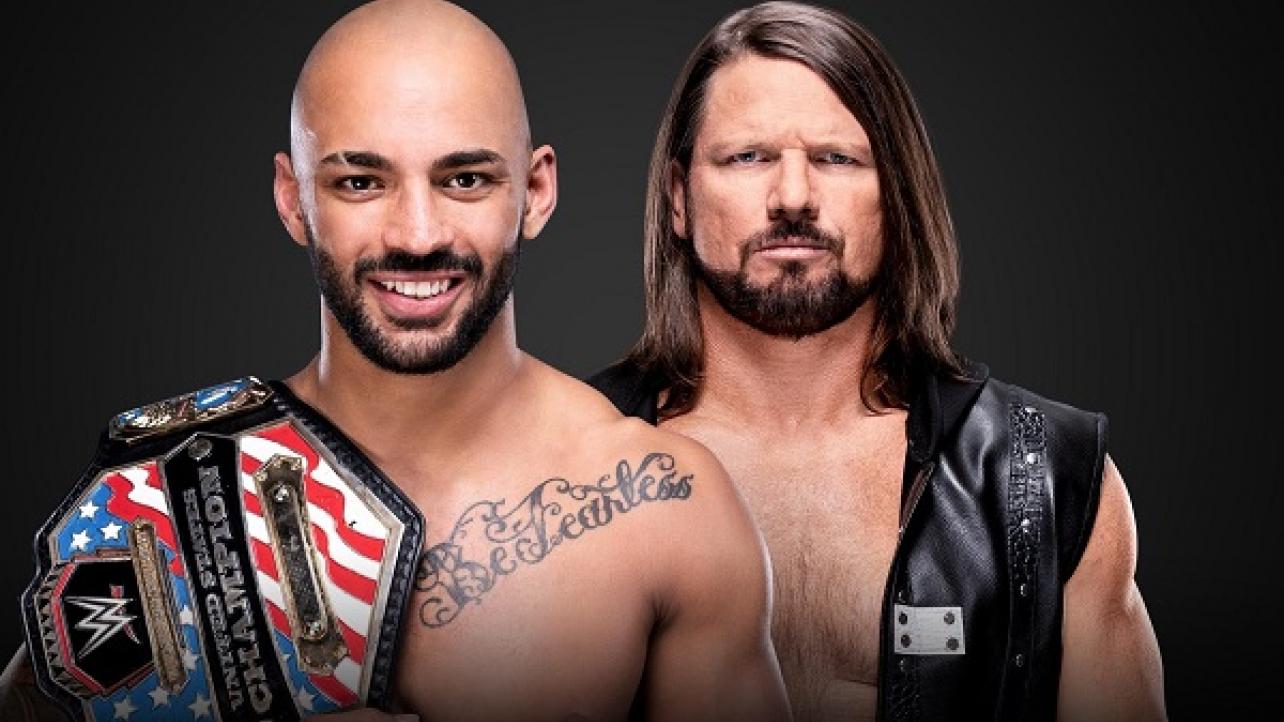 We have a new title match official for this Sunday’s WWE Extreme Rules 2019 pay-per-view at the Wells Fargo Center in Philadelphia, Pennsylvania.

WWE.com released the following announcement on Monday regarding the addition of Ricochet vs. A.J. Styles for the WWE United States Championship at this Sunday’s show, which will also stream live via the WWE Network.

At WWE Extreme Rules, Ricochet will attempt to defend the United States Championship against AJ Styles with The Phenomenal One’s Good Brothers surely lurking in the shadows.

Although Styles overcame the newly crowned Ricochet in a friendly non-title matchup on Raw, he failed to capture the U.S. Title during a main event showdown the following week, having his own title decision reversed mid-match when it was shown that Ricochet’s foot had been under the bottom rope. When the titleholder ultimately rolled up his opponent up for the three-count, a frustrated Styles joined Luke Gallows and Karl Anderson in a sadistic post-match assault that culminated in a vicious second-rope Styles Clash to the champion. The three longtime running buddies followed up on the brutality with a symbolic “Too Sweet” gesture over the reeling Ricochet to signify to the WWE Universe that The Club is back, and they mean business.

WWE.com has since learned that Ricochet will once again put his U.S. Title on the line against Styles. But in the wake of the three-on-one onslaught at the hands of the Good Brothers, it’s safe to say they imminent confrontation will not be the good-natured rivalry we have seen in recent weeks, but instead a highly personal contest for both competitors. The question now is: Does Ricochet have what it takes to overcome a very aggressive Styles and the apparent reformation of The Club? Or is the newly crowned titleholder in for a major Club-ing that will cost him the star-spangled title?

Find out at WWE Extreme Rules, Sunday July 14 at 7 ET / 4 PT on the award-winning WWE Network.

Make sure to join us here at eWrestling.com this Sunday for live WWE Extreme Rules 2019 results coverage!