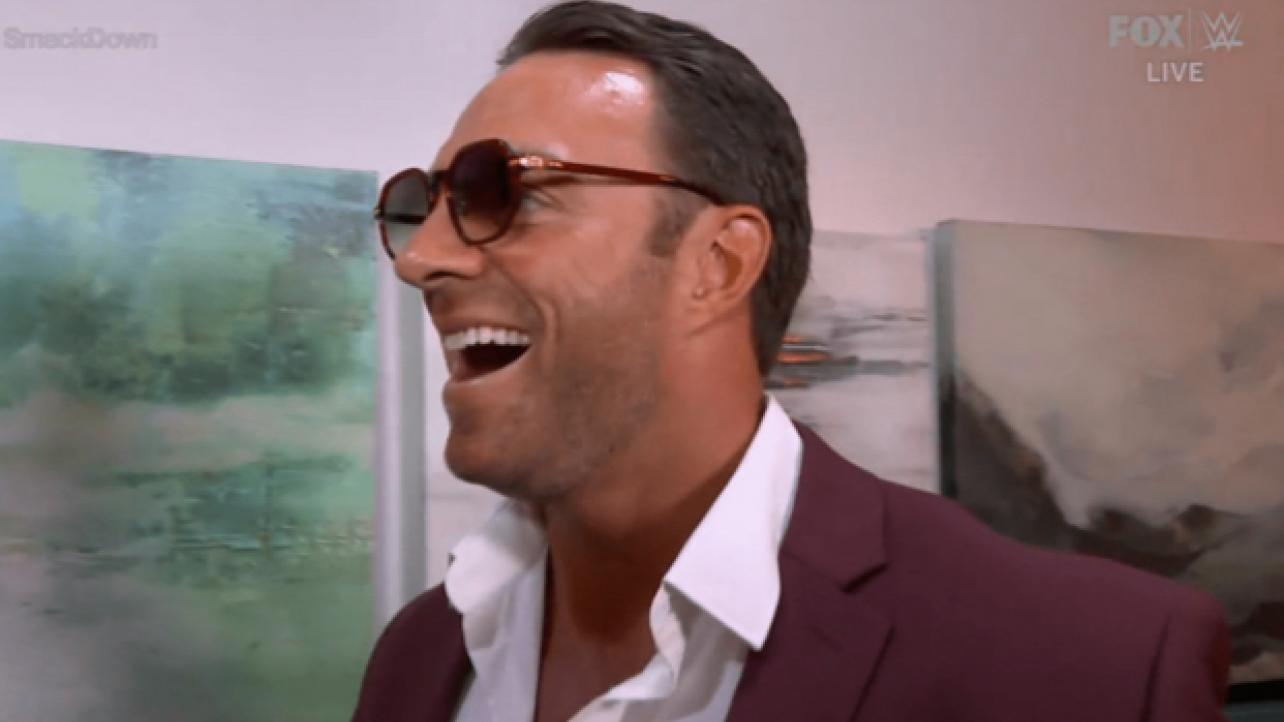 This past May 19th, WWE filed to trademark the “Max Dupri” in-ring name with the United States Patent and Trademark Office (USPTO) for entertainment services. “Max Dupri” is the brand-new in-ring name of former WWE NXT Star LA Knight now that he has been moved up to the WWE main roster. During WWE Friday Night SmackDown this past week, Max Dupri made his main roster debut, when he was seen in a backstage segment with WWE official Adam Pearce.

Dupri said that he was hired by Sonya Deville, but Adam Pearce reminded him that Deville is no longer a WWE official. Dupri also told Adam Pearce that he is working for an organization called the Maximum Male Models, which he might bring to WWE SmackDown. Pearce then told Dupri that he wasn’t sure on him being on the brand, but Dupri told the WWE official that he has a signed contract.

Prior to making his WWE main roster debut on Friday Night SmackDown this past week, Dupri worked dark segments, where he has aligned himself with Mace and Mansoor. There’s no word yet on if WWE has Dupri align himself with Mace and Mansoor on the main roster or if he will be put with other WWE Stars, but updates will be provided once it has been made available. Max Dupri’s faction was called Knight Model Management before it was changed to Maximum Male Models.