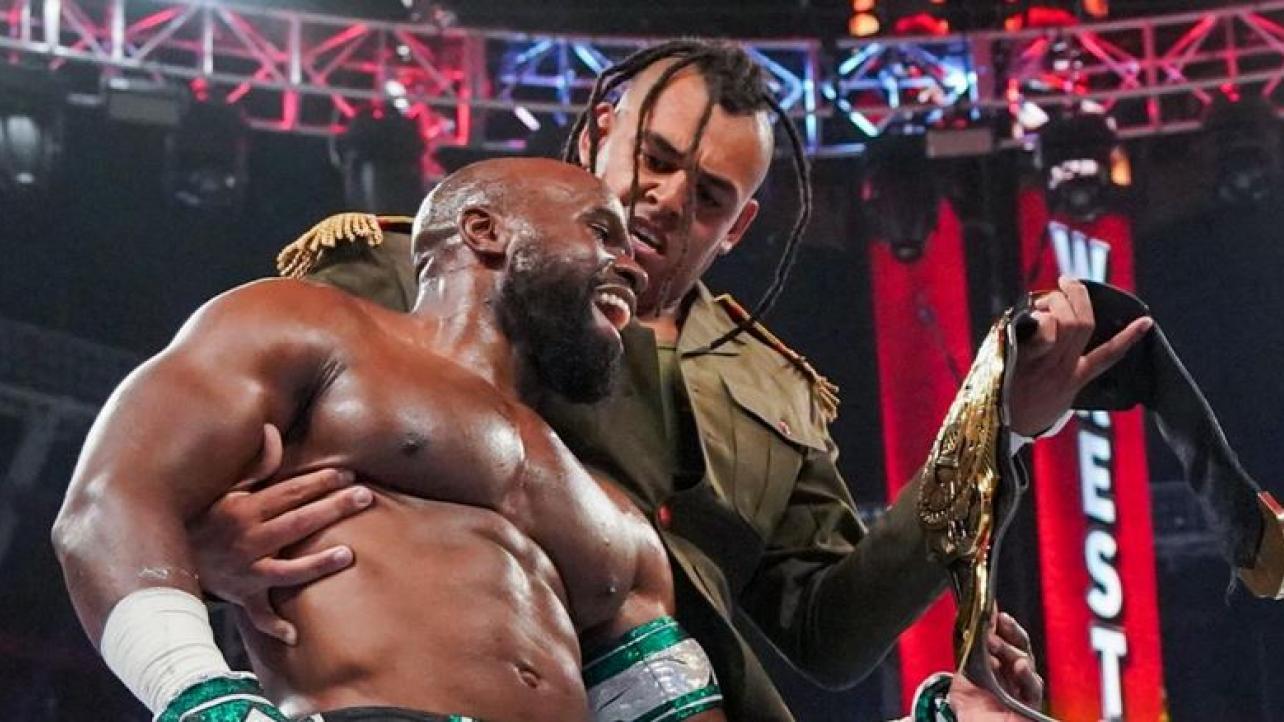 On April 10th, WWE filed to trademark the “Commander Azeez” in-ring name with the USPTO (the United States Patent and Trademark Office) under the category of entertainment services to be used for stuff such as wrestling exhibitions and performances by a professional wrestler and entertainer.

As previously reported, Apollo Crews defeated Big E during WrestleMania 37 Night Two with the help of the former Dabba-Kato to become the new WWE Intercontinental Champion. The former Dabba-Kato has been rumored to use the “Commander Azeez” in-ring name as his new gimmick.