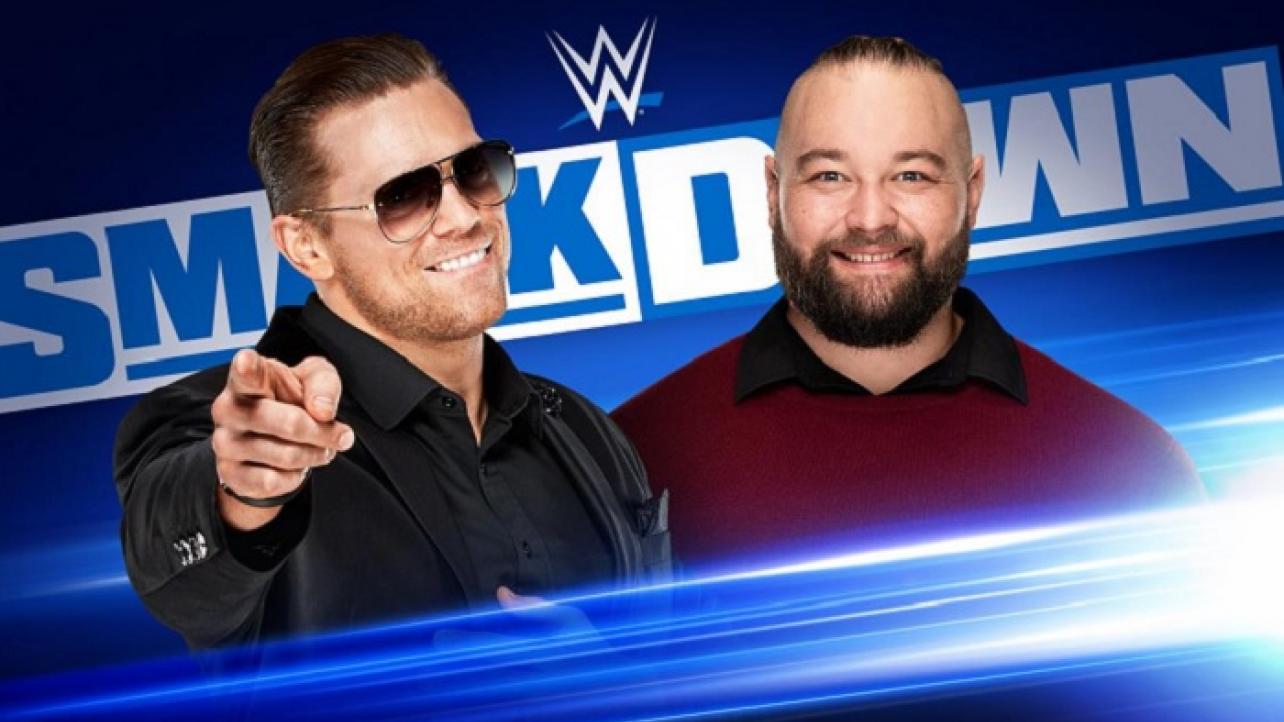 WWE returns to the Keybank Center in Buffalo, New York this evening for this week’s edition of WWE Friday Night SmackDown On FOX.

WWE.com released the following preview for tonight’s show, which we will be providing live play-by-play results of right here at eWrestling.com later this evening:

In the fallout of WWE Crown Jewel, Roman Reigns looks to put King Corbin in his place and Bray Wyatt trades in the Firefly Fun House set for a”Miz TV” appearance. The New Day also gets a championship opportunity against The Revival for the SmackDown Tag Team Titles.

The King has been demanding respect, but The Big Dog answers to no one in his own yard.

While appearing on WWE Backstage on FS1, Roman Reigns was blindside attacked by King Corbin and now the two will collide on Friday Night SmackDown.

The two adversaries are now set to meet in the aftermath of the Team Hogan-Team Flair showdown at WWE Crown Jewel.

Can The Big Dog get retribution on Corbin, or will the King reign over Reigns? Find out this Friday night on SmackDown on FOX at 8/7 C.

The Firefly Fun House was turned to ashes. Friends were lost. Friends returned. It’s been a busy couple weeks in the world of Bray Wyatt, and it only promises to get more hectic following a WWE Crown Jewel victory over Seth Rollins in a Falls Count Anywhere Match that couldn’t be stopped for any reason.

Luckily, The Miz has offered the perfect forum to shine a light onto Wyatt’s dark world, as he will join “Miz TV” on next week’s Friday Night SmackDown.

Will Wyatt provide answers, or will his mysterious ways leave the WWE Universe with more questions than before in this odd-couple gathering?

The New Day bested The Revival in Eight-Man Tag Team competition last week, and now they will reap the rewards.

The New Day will challenge The Revival for the SmackDown Tag Team Titles when Friday Night SmackDown returns to FOX. The showdown of the last two SmackDown Tag Team Champions promises to carry a lot of the bad blood that has defined this blue brand rivalry.

Can The New Day ride the momentum of their pin over The Revival in the Tag Team Turmoil Match at Crown Jewel or will the ensuing attack by the SmackDown Tag Team Champions turn down The Power of Positivity? Find out this Friday at 8/7 C on FOX.

Cross has already earned a title opportunity against Bayley and will be determined to send a message ahead of that eventual meeting.

Can Cross score another victory as she eyes the SmackDown Women’s Title? Or, will Bayley knock her down a peg as her reign enters this aggressive new gear?

Make sure to join us here at eWrestling.com later tonight for LIVE WWE Friday Night SmackDown On FOX Results coverage!