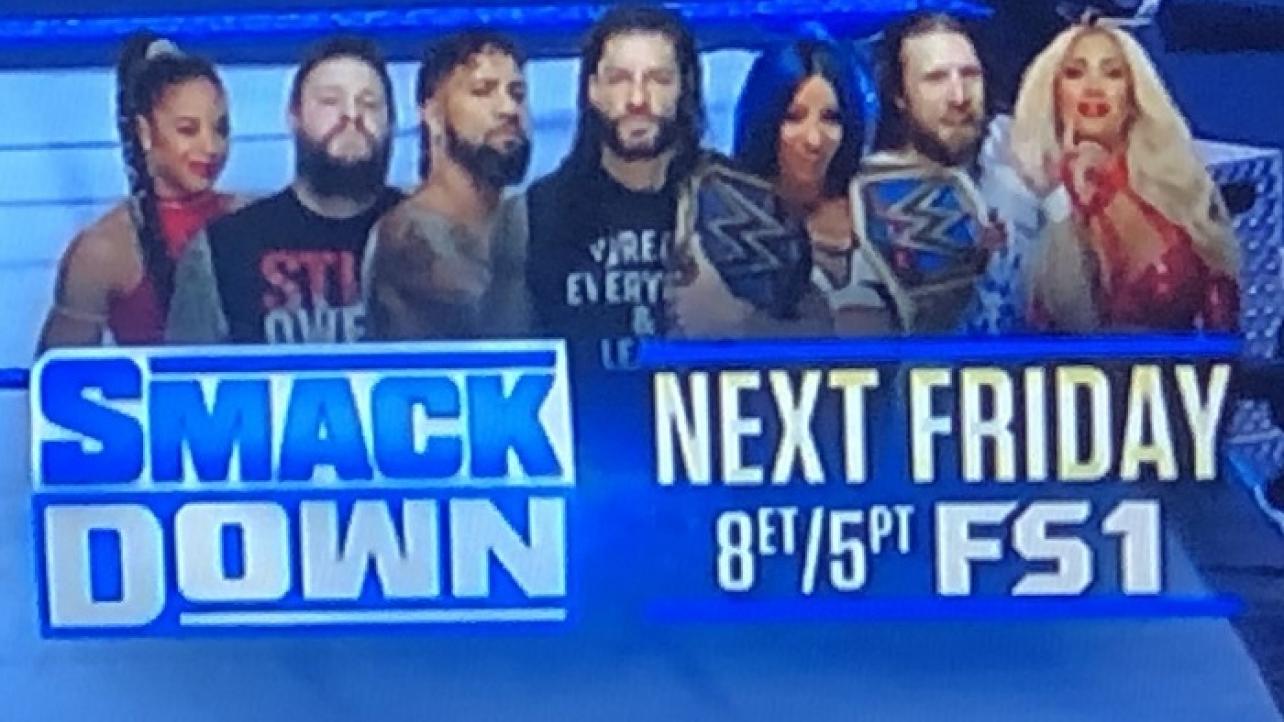 During this week’s episode of the weekly blue brand program it was announced that the final show leading into the WWE TLC 2020 PPV will air on FOX Sports 1 (FS1) next Friday night, December 18, 2020.

WWE began advertising the change for next week’s show about twenty minutes into the program this evening, flashing a graphic on the screen advertising the move to FS1 for the 12/18 episode while the commentators spoke about it on the broadcast.

Throughout the evening, the company would remind the WWE Universe about the PPV “go-home” edition of Friday Night SmackDown airing on FS1.

Additionally, former WWE Backstage On FS1 analyst Ryan Satin confirmed the news on social media soon after the initial aforementioned graphic appeared on the screen during the show. Check his tweet out below.

Make sure to join us here at eWrestling.com on Friday, December 18th for live results coverage of the WWE TLC 2020 “go-home” episode of WWE Friday Night SmackDown On FS1.

Next week’s episode of #SmackDown will air on FS1.

A graphic aired during tonight’s show advertising that. pic.twitter.com/Fib8zQtSJ3