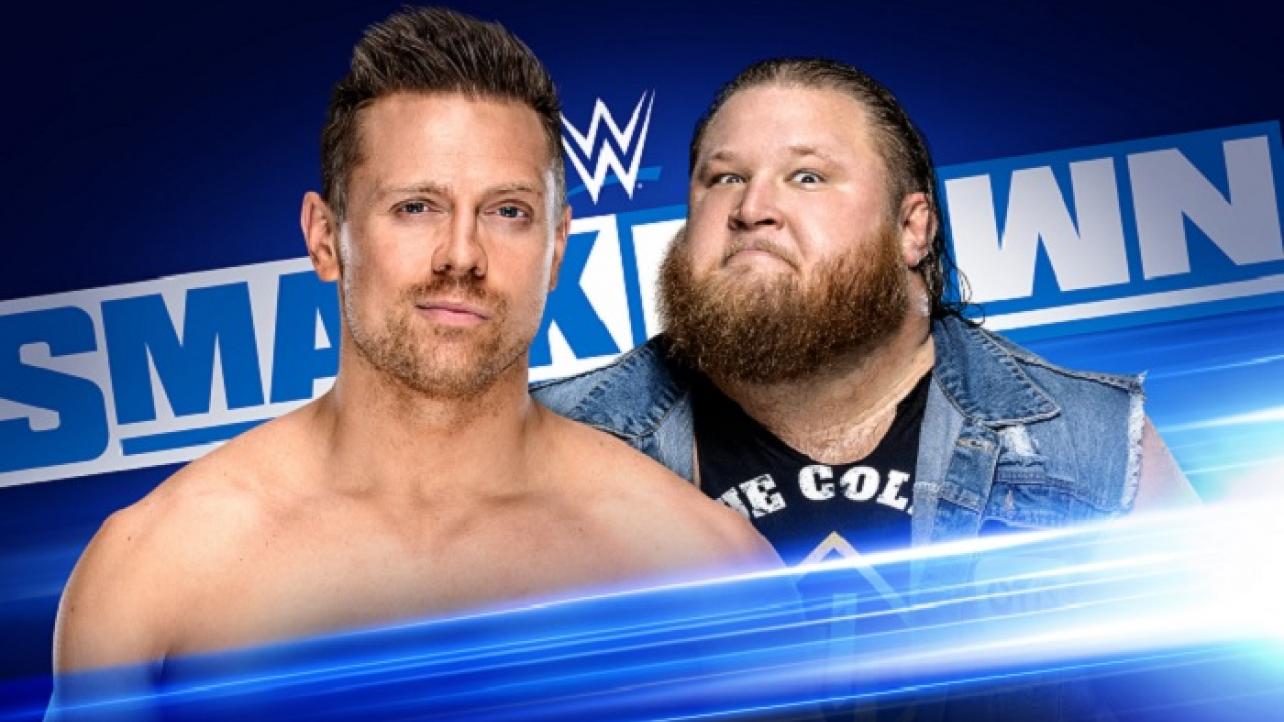 WWE returns tonight with this week’s edition of Friday Night SmackDown, which is scheduled to feature Mr. Money In The Bank Otis’ close-up on Miz TV.

WWE.com released the following ahead of tonight’s show:

Otis to get his Mr. Money in the Bank close-up on “Miz TV”

Ready to see the new Mr. Money in the Bank? OOOOOOOHHHHHH YEAAAAAAAAAH!

Fresh off the memorable win at WWE Headquarters, Otis will usher in his run with the contract by sitting down with The Miz. The Workin’ Man Superstar was in the right place at the right time during the Men’s Money in the Bank Ladder Match, as he caught the tumbling prize after hammin’, slammin’ and food fightin’ his way to the roof.

In a special edition of “Miz TV,” will Otis reveal his plans now that he has the contract?

Tune in to SmackDown at 8/7 C on FOX and grab your favorite ham to catch the latest from Otis.

Make way for The Queen on Friday Night SmackDown.

NXT Women’s Champion Charlotte Flair is set to make her return to the blue brand after a strong run getting back to her roots. Flair used her Royal Rumble win to challenge and defeat Rhea Ripley for the black-and-gold title and has since humbled a number of rising Superstars.

What could The Queen be plotting as she rolls into SmackDown?

Catch SmackDown at 8/7 C on FOX to see Flair’s return to the blue brand.

With Sami Zayn currently unable to defend the Intercontinental Championship, it was revealed on WWE Backstage on FS1 that the title has been declared vacant.

A tournament will begin this Friday night on SmackDown to crown a new champion. Stay with WWE’s digital and social channels for more on this developing story.