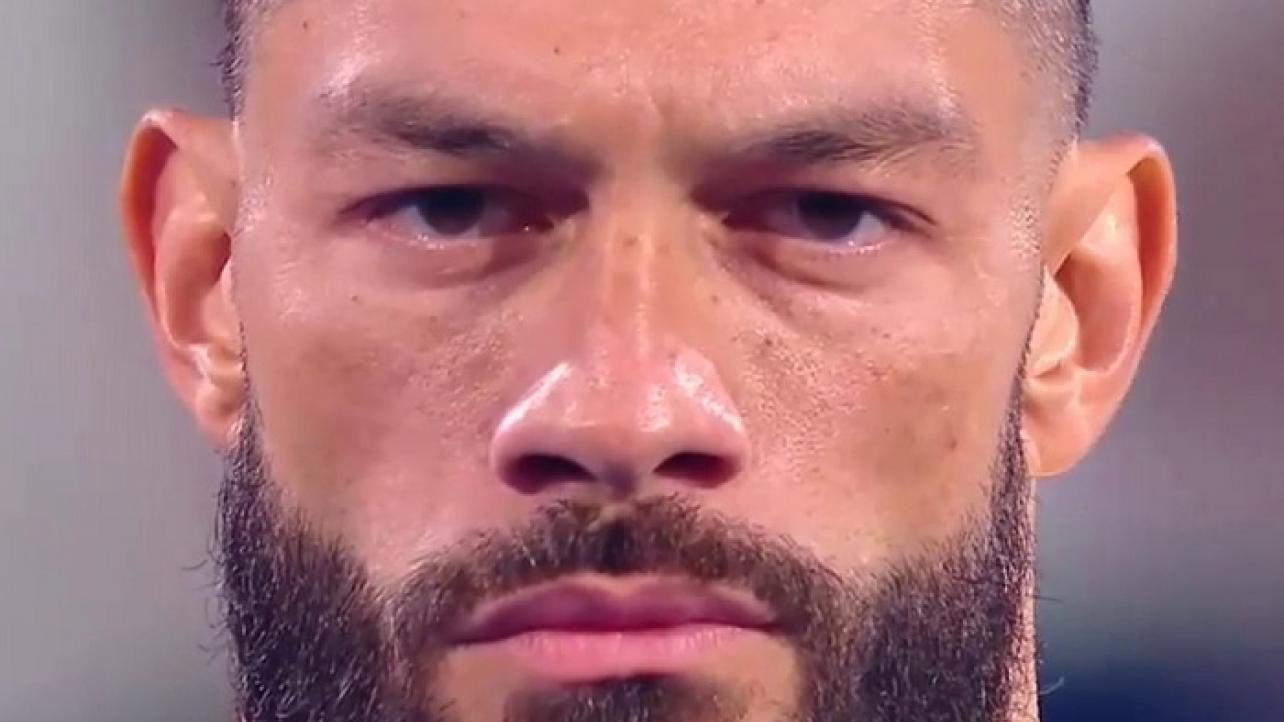 In the ongoing storyline over the WWE Intercontinental title involving Jeff Hardy, AJ Styles and Sami Zayn, the latter two wrestlers will battle it out on Friday Night Smackdown with the direction likely being a triple threat for the title at Clash of Champions later this month.

Also announced for Smackdown is a “Moment of Bliss” segment where Alexa Bliss’ guest will be Nikki Cross.

Cross is the #1 contender for the Smackdown women’s title and will challenge Bayley for the title at the PPV, and she achieved that spot winning a four-way match last week in which Bliss was also present.

During the match, Bliss hit the Sister Abigail on Cross on the outside before walking out as if she was under a spell or trance.

Additionally, WWE announced that a Samoan Street Fight tag team match will be featured on Friday Night Smackdown with Roman Reigns and Jey Uso taking on King Corbin and Sheamus. Sports Illustrated is reporting that “Reigns, after not showing up until the end of last week’s match, will be the first man in the ring.”

The Bloodline will be back at it as Roman Reigns & Jey Uso battle Sheamus & King Corbin in a Samoan Street Fight on SmackDown.

As first reported by Sports Illustrated, the rematch has been set as Reigns & Uso will once again team up before their Universal Championship showdown at WWE Clash of Champions.

The Superstar cousins united last week against The Celtic Warrior & Corbin with Uso doing much of the heavy lifting. Uso showed grit in fighting off the attacks of both towering Superstars as The Big Dog laid in wait backstage. Reigns’ music helped slow down the onslaught from Sheamus & Corbin, as The Big Dog’s entrance allowed Uso to regroup.

A high-flying splash from Uso on Sheamus all but sealed the victory, but the Universal Champion cunningly tagged himself in to provide the exclamation point. Reigns then delivered a punishing Spear to The Celtic Warrior to secure the win. It wasn’t all smiles after the triumph, as the two cousins traded tenses glares while Uso attempted to raise their hands in victory.

Will Reigns use the help of Uso to “Wreck Everyone and Leave” once again? Or will Sheamus & King Corbin be able to capitalize on any friction lingering between the cousins?

Tune in to Friday Night SmackDown at 8/7 C on FOX to catch the Samoan Street Fight.