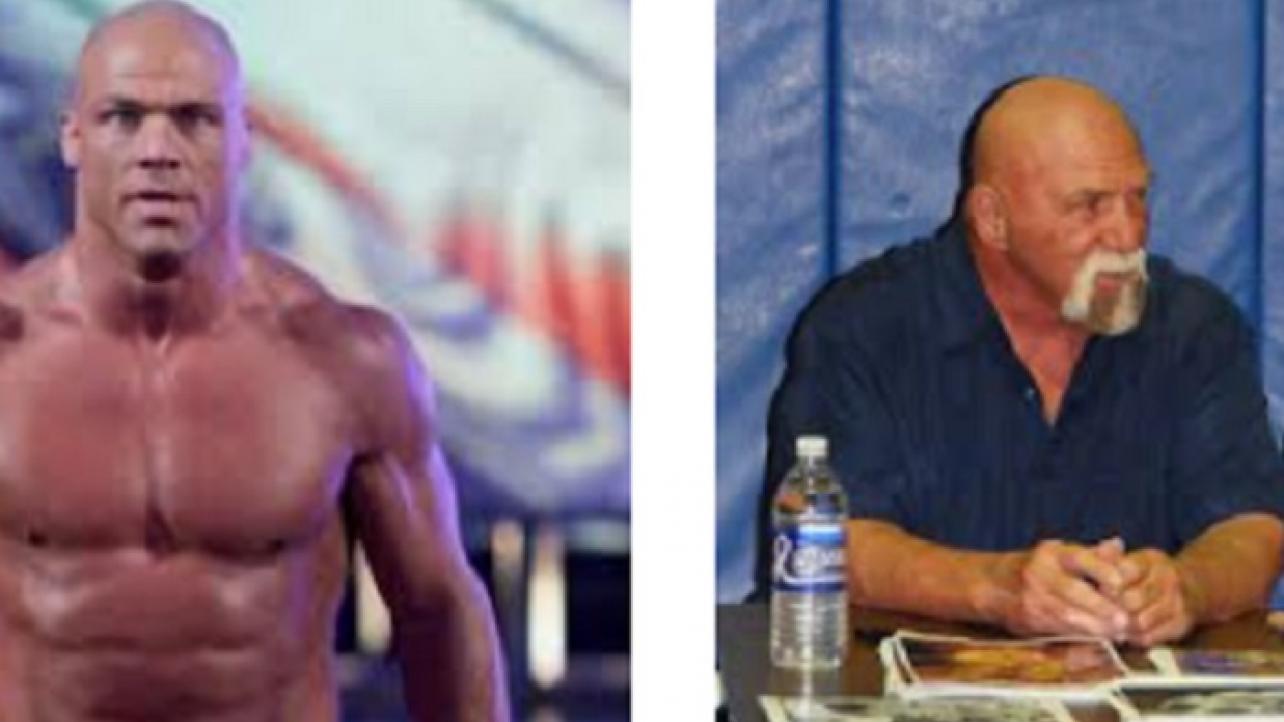 “Superstar” Billy Graham is back at it again.

According to a post on his official social media account dubbed “2 Kurt Angles,” Graham, a noted user of steroids in the past, made the claim that the former Olympic gold medalist also has a history of steroid use.

As noted, Angle recently released a photo of himself in the gym looking shredded at age 51 (View Here), and according to Graham, there is no way that is done without a little performance-enhancing assistance.

So fans, Kurt Angle at age 51 has turned his physique completely around. With hard work, eating the right amount of protein, and taking plenty of roids, he has literally transformed himself into another person. I say congratulations to Kurt as I have always liked this man from the first day I met him. Very respectful to me and was and I am sure, still a class act. His quote that went along with this great bodybuilding shot was, ” Damn it feels good to be able to train hard again… feeling like I’m in my 30’s. ” Again, congratulations on having the guts to train hard. Even with the juice if you don’t train you can’t look like Kurt does here. Way to go brother !!!!

Now to another great in the hospital photo of a big hole in the back of Charlie LaFerve’s ear. And yes Miss Faith, cancer can and does grow anywhere. Never apologize for putting up a graphic health shot on my Facebook my brother. And your statement about, ” out of pocket expense being a bitch ” you nailed it my brother. The ” Talking Heads ” at the Mayo told me my hip revision would be 82K. But my orthopedic surgeon told me, ” Superstar, that’s the average cost of a normal hip revision, but you are way north of being average and I would say by the time I am done working on your hip, you will easily be looking at 100K plus. ” That’s why I started my GoFundMe. I am still way short and now I have the cancer Mohs surgery bill coming up which will be a good 25K without a doubt. Do I have that kind of money? No. Pus my cancer surgeon said I see some more Basal Cells and you will be back. I got my stitches out today with about 15 left on the inside of my nose that will dissolve on their own. And Faith baby, those 5 months you worked on the Vegas airport tarmac may not have been long enough for you to have triggered a cancer growth. But keep an eye on everything by going to a dermatologist and getting a complete exam. Happy Thanksgiving to everyone and I will catch you later. S.S.B.G.