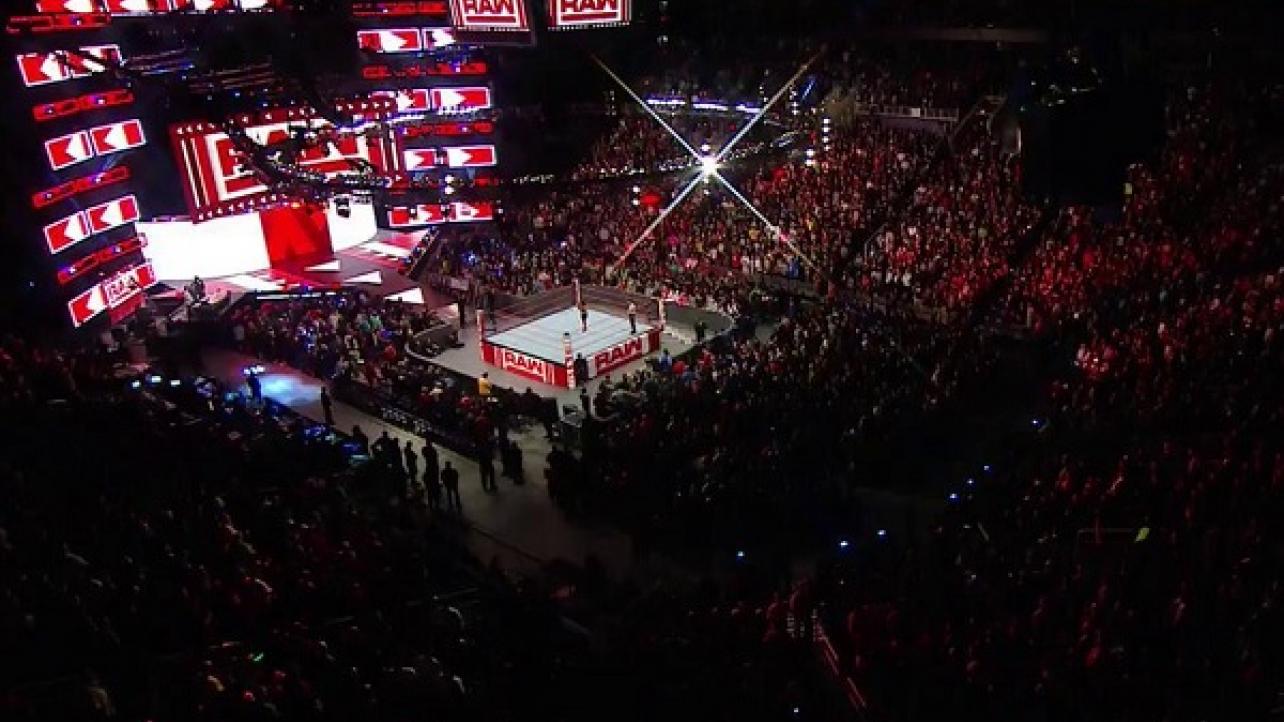 – Featured below is a new video that WWE released for this Sunday’s WWE Elimination Chamber 2018 pay-per-view. In the following clip, the first-ever women’s Elimination Chamber match is profiled, as Alexa Bliss will be defending her RAW Women’s Championship against Sasha Banks, Bayley, Mickie James, Mandy Rose and Sonya Deville this Sunday. According to WWE, the winner of the match will advance to WrestleMania 34 to defend the RAW Women’s Championship against Asuka in a singles match, or Asuka and Nia Jax in a Triple-Threat match. Join us here this Sunday for live play-by-play results coverage of the WWE Elimination Chamber 2018 pay-per-view.

– WWE kicked off Monday night’s WWE Elimination Chamber “go-home” episode of RAW with a moment of silence to remember the victims of last week’s tragic school shooting in Parkland, Florida. Check out video of the segment from WWE’s official YouTube channel and comments from their official Twitter page below.

A moment of silence for the victims of the tragedy in Parkland, Florida, their families, and friends. pic.twitter.com/Q3FfO8rmRq