Good Humor is bringing back WWE ice cream bars, albeit in a slightly different format, and the products are now being listed on their website (view here).

The bars, absent for more than a decade, were a favorite of fans from the mid to late 80s when they first launched but disappeared around 2008.

Not much mention was made of the until 2011 when CM Punk was working a storyline with Vince McMahon and one of the stipulations he wanted in his new contract was the return of the ice cream bars.

As seen on the Good Humor site, the new iteration of the bars are different with no stick and no chocolate siding so they are more like an ice cream sandwich. 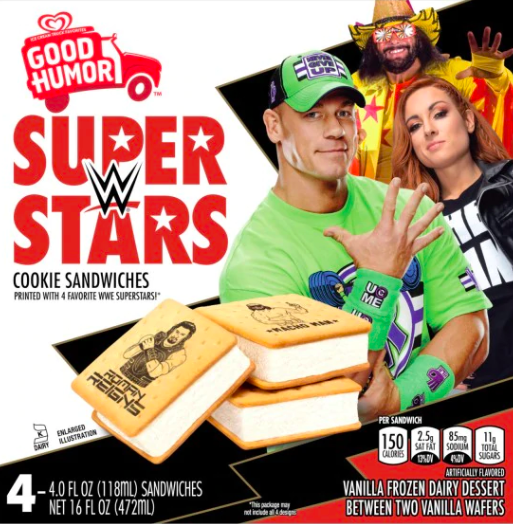