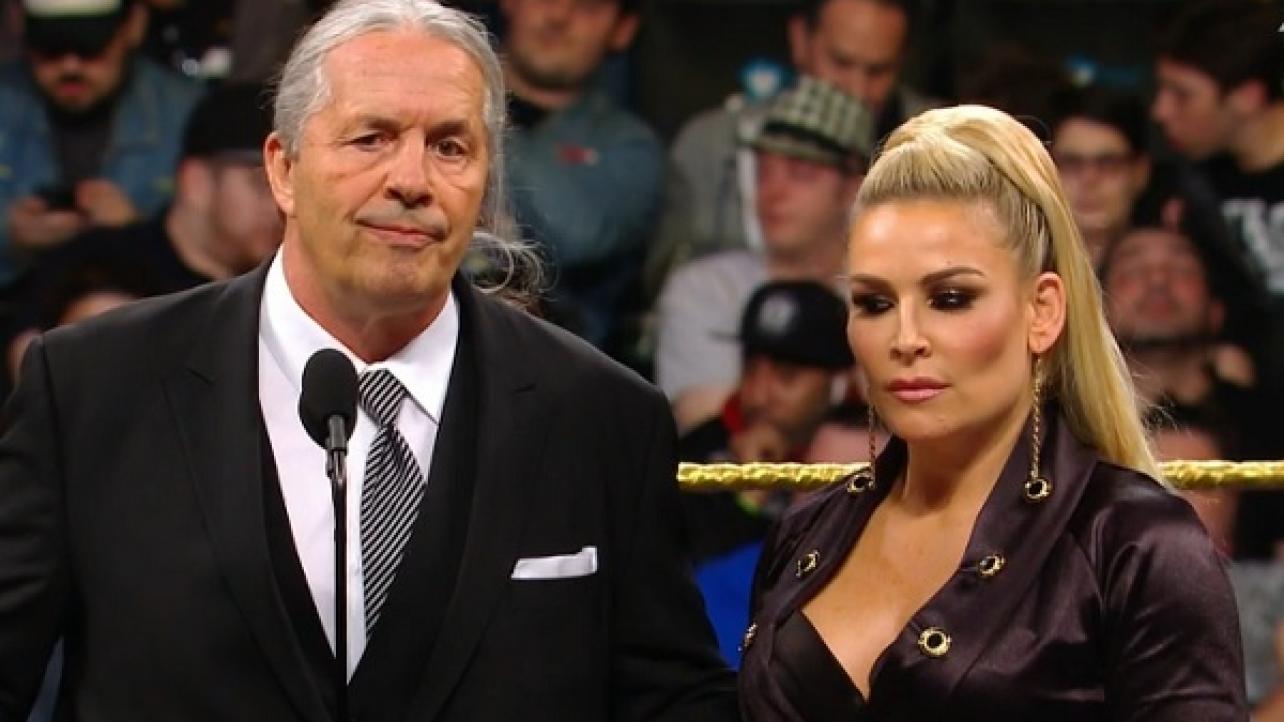 As noted, there was a scary moment during the WWE Hall Of Fame induction ceremony on Saturday night.

During the show, which aired live on the WWE Network on Saturday evening as part of WrestleMania 35 Weekend, a fan hit the ring and grabbed Bret “The Hitman” Hart as he was standing with Natalya as part of the WWE Hall Of Fame induction of The Hart Foundation tag-team (Bret Hart and Jim “The Anvil” Neidhart).

After the fan hit the ring, several security members and wrestlers in attendance hit the stage to clear things up, as the fans broke out in various chants.

Following the incident, WWE issued a brief statement, which reads as follows:

“An over-exuberant fan surpassed our security at ringside and made his way briefly into the ring. The individual has been turned over to the proper authorities.”

For those who missed it, check out videos (including fan-camera footage from inside the arena) of the incident by clicking here.