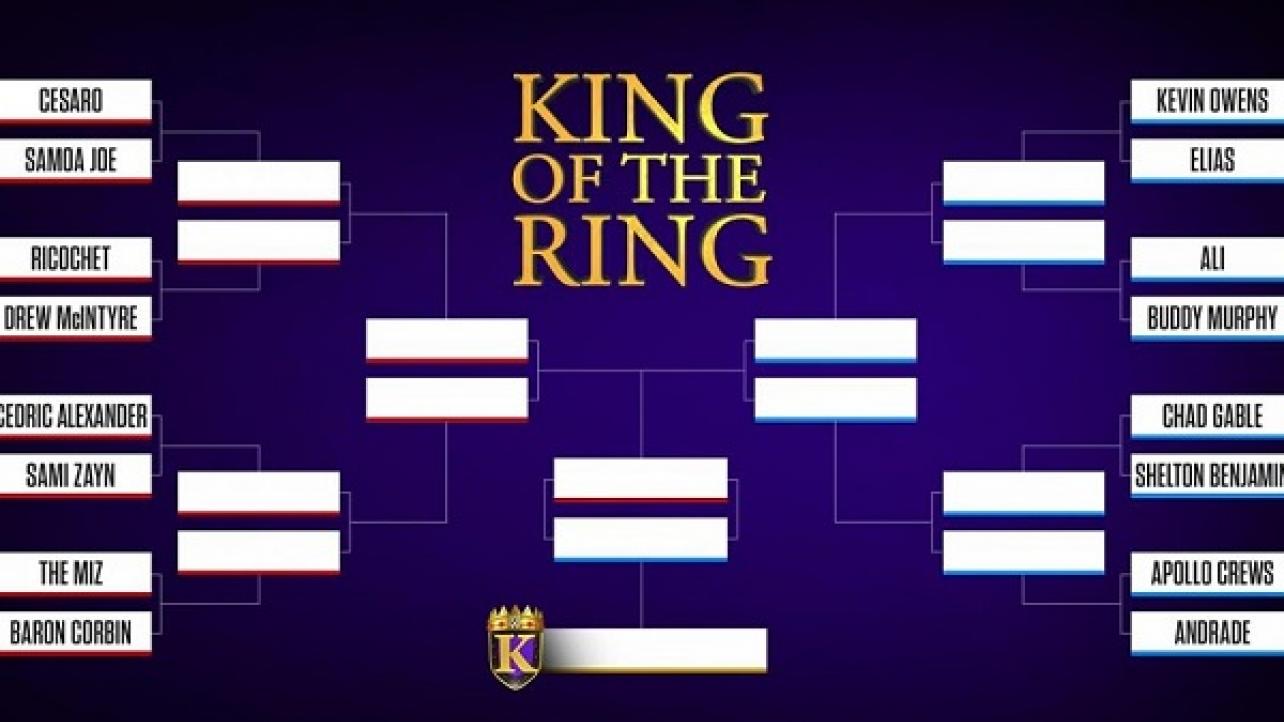 The King of The Ring tournament will consist of 16 competitors (all of whom have been named by WWE) with matches set to start on 8/19 in St. Paul and then taking place on Raw and Smackdown every week.

The finals for Raw will take place on 9/9 at MSG and Smackdown the day after on 9/10 at the same venue and the Raw vs. Smackdown final would then be one of the matches at the Clash of Champions PPV.

WWE released the King of the Ring brackets earlier today (pictured below).

First round matches on Raw will see Cesaro vs. Samoa Joe, Ricochet vs. Drew McIntyre, Cedric Alexander vs. Sami Zayn and The Miz vs. Baron Corbin.

On Smackdown, the matches are Kevin Owens vs. Elias, Ali vs. Buddy Murphy. Chad Gable vs. Shelton Benjamin, Apollo Crews vs. Andrade.

Join us here at eWrestling.com this Monday night for live WWE RAW results coverage, including the start of the WWE King of the Ring 2019 tournament!