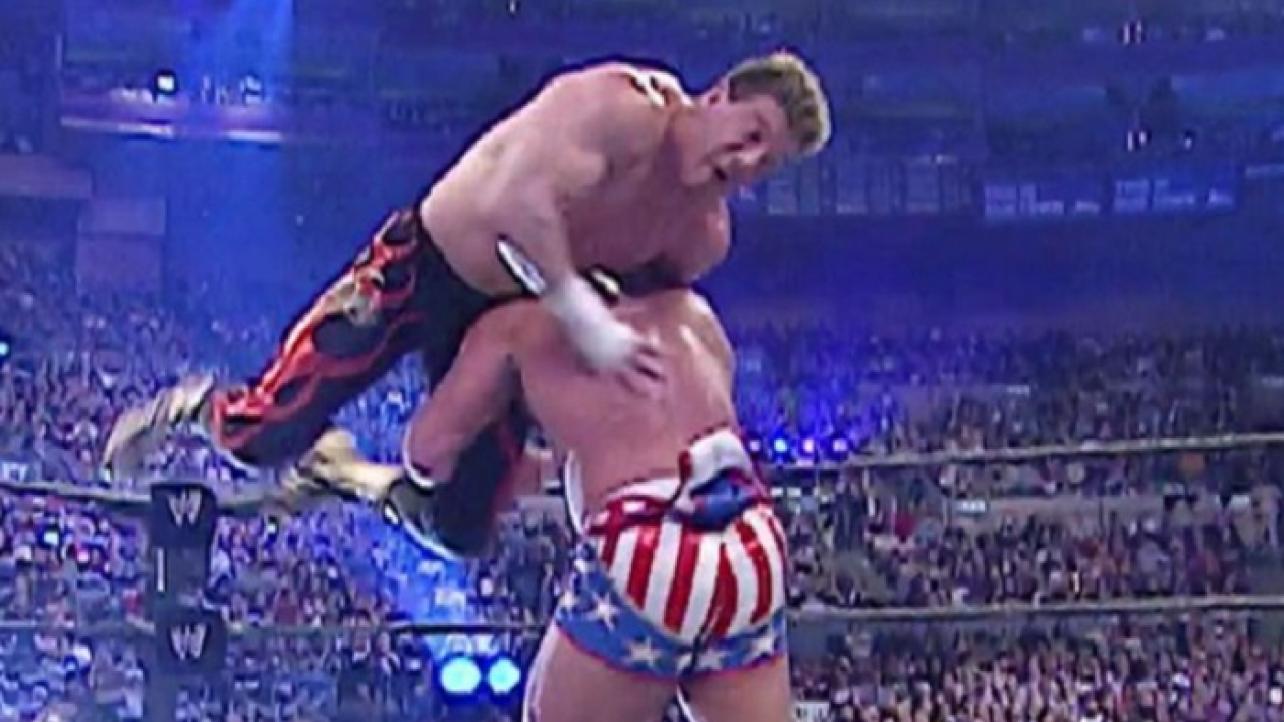 Today marks the anniversary of a true WrestleMania classic.

The official WWE Network Twitter feed posted a new tweet on Sunday commemorating the 17th anniversary of the epic showdown between in-ring legends and WWE Hall Of Famers Kurt Angle and Eddie Guerrero at WrestleMania 20.

“It’s been 17 years since Eddie Guerrero vs. Kurt Angle at WrestleMania XX,” read the tweet, which also included a video clip, to acknowledge the anniversary of the memorable showdown between the pair of WWE legends.

“Eddie was so special,” wrote Angle in a response to the aforementioned tweet from the official WWE Network feed. “One of a kind.”

Check out the aforementioned tweets commemorating the 17th anniversary of the WrestleMania 20 match between Kurt Angle and Eddie Guerrero below.

Eddie was so special. One of a kind. https://t.co/IjCFnrg13x