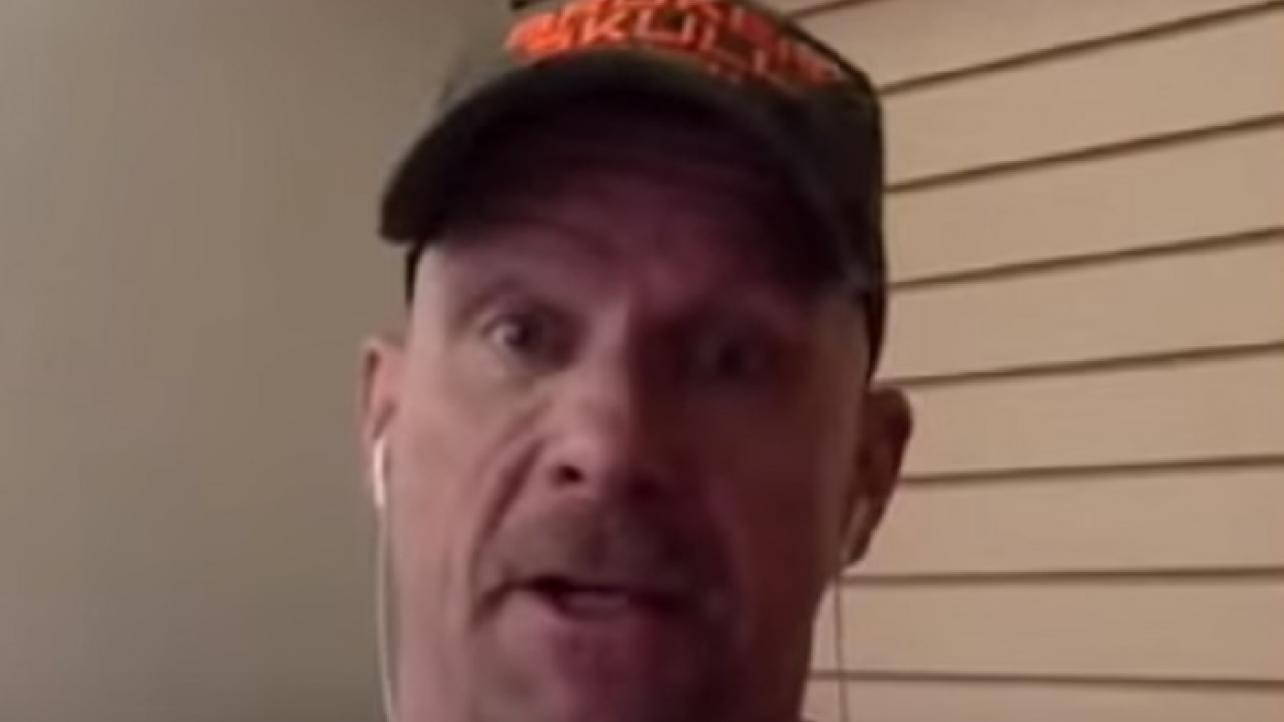 “The Texas Rattlesnake” continues to make the media rounds.

WWE Hall Of Fame legend “Stone Cold” Steve Austin continues to give interviews to help spread the word about the upcoming new season of his USA Network series, “Straight Up Steve Austin.”

During a recent appearance on the Rasslin’ With Brandon F. Walker Show, the pro wrestling legend spoke about not being overly fond of his segment on the special 3:16 episode of WWE Monday Night Raw.

Featured below is an excerpt from the interview where “The Bionic Redneck” talks about this particular subject.

“It’s a tough time for everything but if you’re into something where you’re performing or used to doing it in front of a crowd, it sucks. I went down there and cut a promo when it first happened and I didn’t even wanna do the promo. I wanted to do an interview with Byron Saxton. But I went and did the promo for Vince [McMahon] and playing into a live crowd and it was bad material to begin with, [it] was not good at all.”