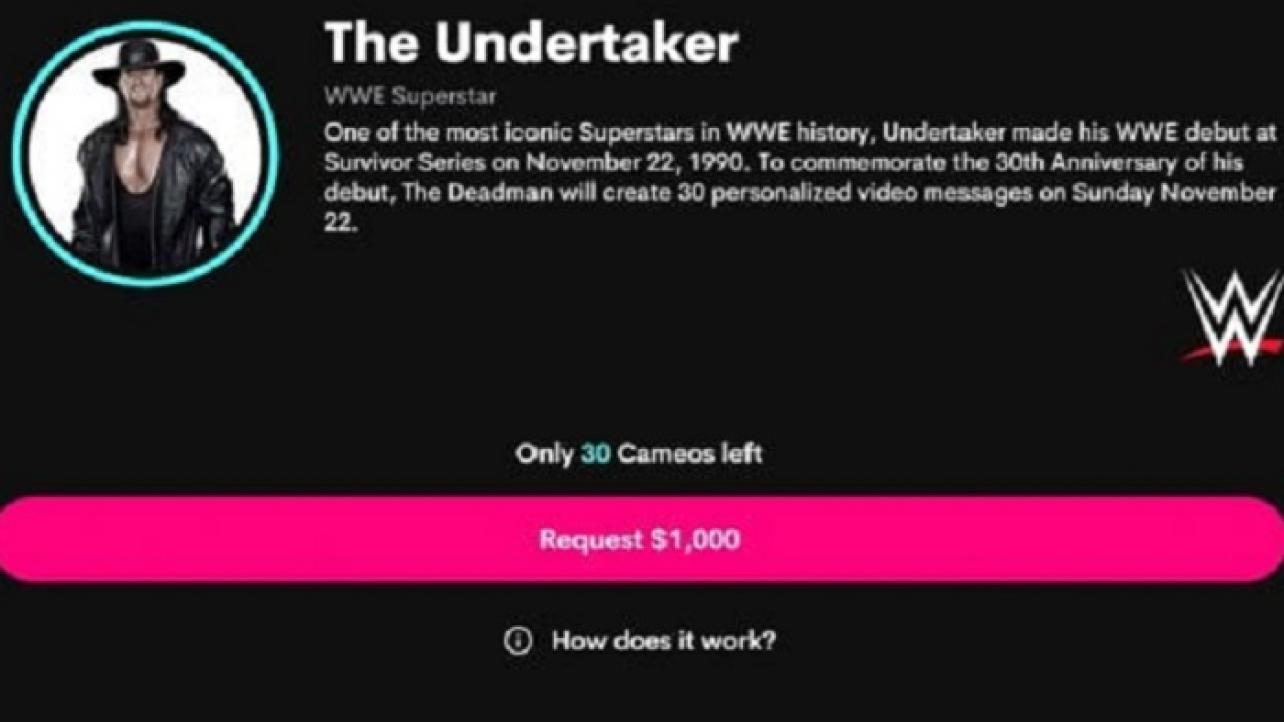 Have you ever wanted a custom video message from WWE legend The Undertaker?

Well, today is your lucky day!

WWE’s partnership with Cameo has seemingly begun as The Undertaker is now taking a limited number of requests through the third party platform which he will create this Sunday at the WWE Survivor Series 2020 pay-per-view featuring the “Final Farewell” of the legendary “Deadman.”

The charge for each personalized message is $1000 and while 30 were made available, so far six have been sold leaving 24 yet unclaimed.

WWE has been rumored to be beginning some sort of relationship with Cameo directly after issuing more or less an ultimatum to its talent that they were to stop directly aligning with third party services, specifically Cameo and Twitch, as the company is looking to work out a deal with Cameo at least on a corporate level.

The Undertaker’s Cameo page has a WWE logo on it but given that he’s not under a multi-year contract like other talents, it’s unclear how the $30,000 in potential revenue that could be accrued through his messages is going to be divided.

For other talents, WWE has proposed taking it off of their downside guarantee.

If you’re interested in shelling out $1000 to get a message from The Phenom, visit Cameo.com.

REACT: UNDERTAKER AVAILABLE ON CAMEO FOR $1,000