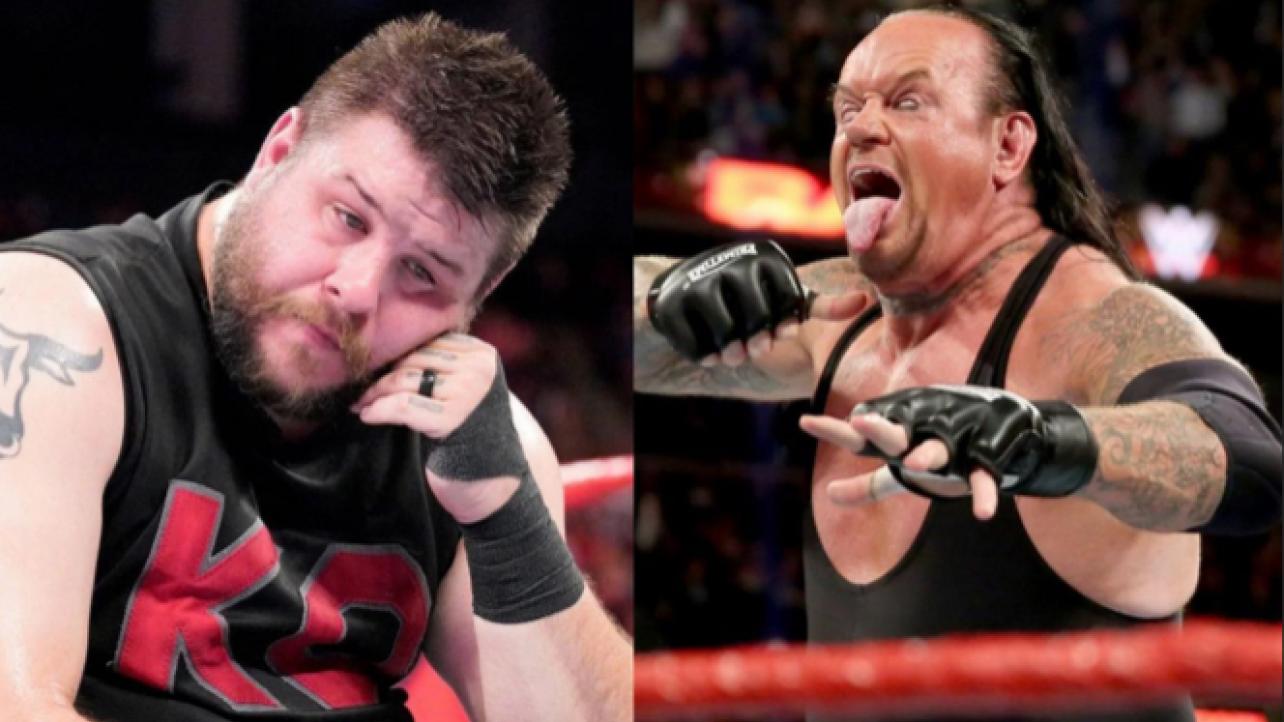 As previously reported, WWE legend The Undertaker, who will headline the 2022 WWE Hall of Fame class, got the distinct honor and opportunity to become the pace car driver for NASCAR’s EchoPark Automotive Texas Grand Prix this past Sunday. While WWE legend The Undertaker was at the Circuit of the Americas Track in Austin, Texas, The Phenom talked about Kevin Owens’ most stupendous KO Show at WrestleMania, where he will have WWE Hall of Famer Stone Cold Steve Austin as his special guest.

The Undertaker said he does not know what Owens was thinking when he berated Texas and called out The Texas Rattlesnake and he does not care where Owens is from because he has got to be one stupid son of a bi**h for doing what he did as Stone Cold hasn’t been in the ring in 19 years and he will more than definitely bring everything he has got. The Undertaker also said he knows Owens wants to be a part of WrestleMania, but he shouldn’t have done what he did and he shouldn’t have messed with Stone Cold and Texas because now it will be a long night for him at WrestleMania when he comes face to face with The Texas Rattlesnake.

“Well in the immortal words of ‘Stone Cold’ Steve Austin, Kevin Owens has got to be one stupid son of a b—h.” “I don’t care where you’re from, you don’t mess with Texas. Rattlesnake ain’t been in the ring in 19 years, you don’t think he’s gonna be bringing lumber with him. I don’t know what KO is thinking.”

“I know you wanna be on the biggest card of the year, in the showcase of the immortals, but you don’t go kicking beehives, you don’t stick your hand in a beehive, and that’s exactly what he’s done. You’re gonna get stung. I know he’s not gonna get stung, he’s gonna get stunned. I pity him. I mean, he brought this on himself. You don’t mess with Texas and you don’t mess with the Texas Rattlesnake. KO it’s gonna be a long night when you come face to face with ‘Stone Cold’ Steve Austin.”

You can check out The Undertaker’s comments in the video below:

While serving as the honorary pace car driver for @NASCAR earlier today, #WWEHOF Class of 2022 inductee @undertaker was quick to defend Texas and longtime friend @steveaustinBSR while issuing a warning for @FightOwensFight ahead of #WrestleMania! pic.twitter.com/kcbxRdWKNl