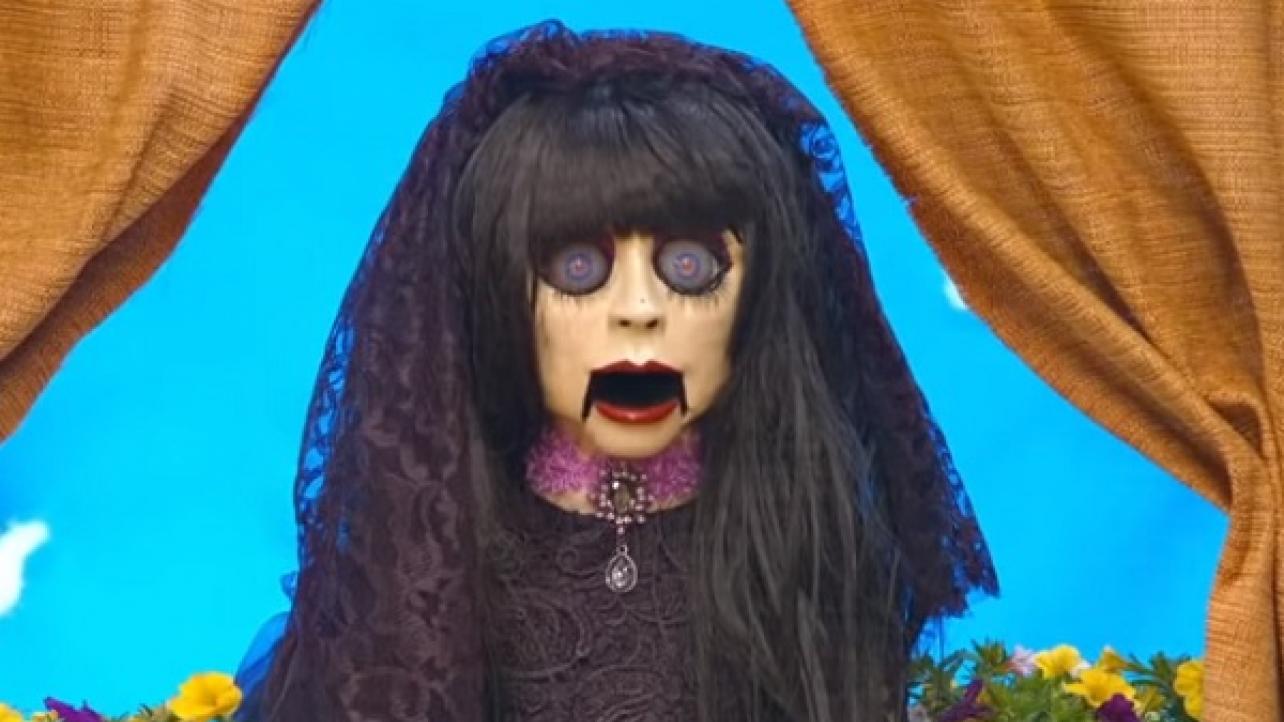 – The latest edition of WWE Top 5, which you can check out below, looks at Superstars having their own finishing moves used on them.

You never know when your own finishing move is going to be used against you… pic.twitter.com/i3tLdiZ4AA

– As noted, Rhea Ripley recently met up with New Years Day’s Ash Costello for a chat about the release of the band’s new album, “Unbreakable.” WWE released the following video of the two together this weekend. New Years Day performs the NXT U.K. entrance music for Ripley.

– In honor of the new character Bray Wyatt debuted in the “Firefly Fun House” segment from this past Monday night’s RAW show, WWE has decided to look back at the top ten “Eerie and Downright Scary Superstar Vignettes.”

If you want to cover your during some of these creepy, eerie and downright SCARY Superstar vignettes, we’d completely understand. #WWETop10 pic.twitter.com/t7uCDDTkE0