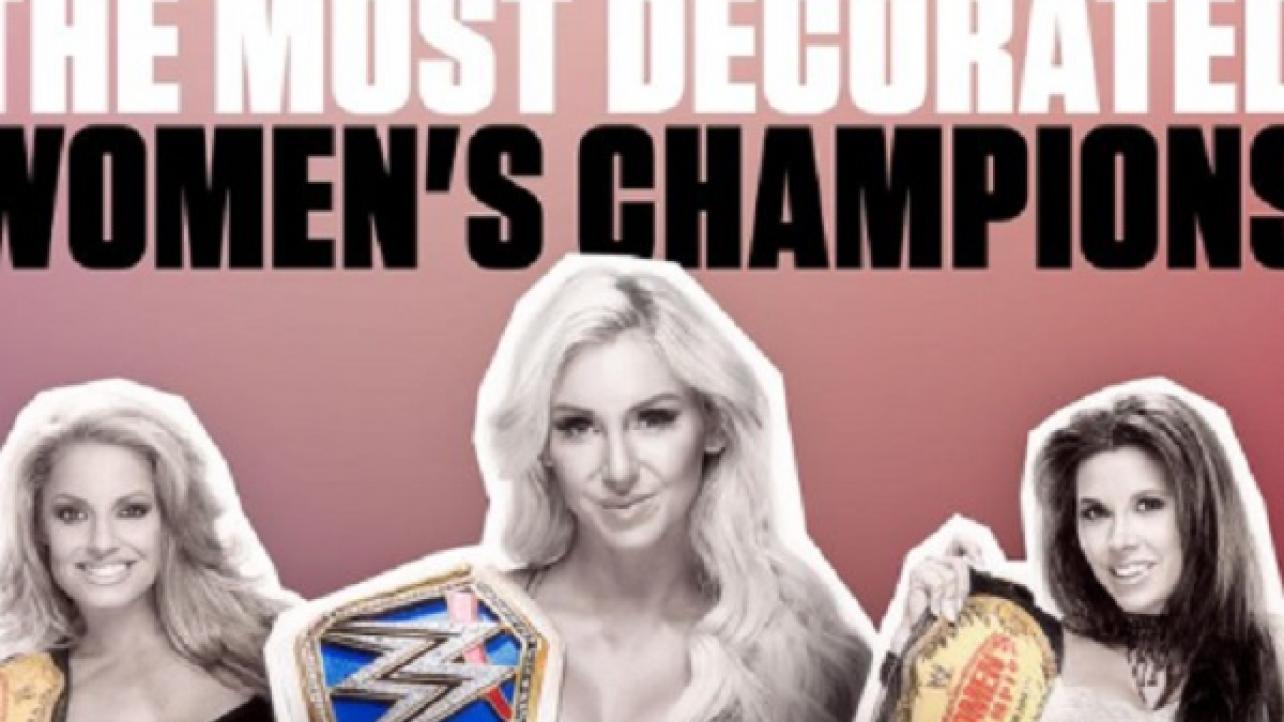 – The latest installment of the digital series WWE List This! features a look at the six Superstars who have defeated Brock Lesnar since his return to WWE back in 2012. Check out the complete video below.

Just SIX Superstars have defeated the dominance that is @BrockLesnar since The Beast’s return in 2012! pic.twitter.com/TfvcCo9A2v

– WWE posted the latest edition of “This Week In WWE” on their official Twitter page on Sunday evening. Check out the video below.

– The Women’s Championship is profiled in the following graphic posted by WWE on their official Twitter feed. The image looks at the female Superstars with the most title reigns in WWE history. As seen, Charlotte Flair currently leads the pack as an 8-time champion.