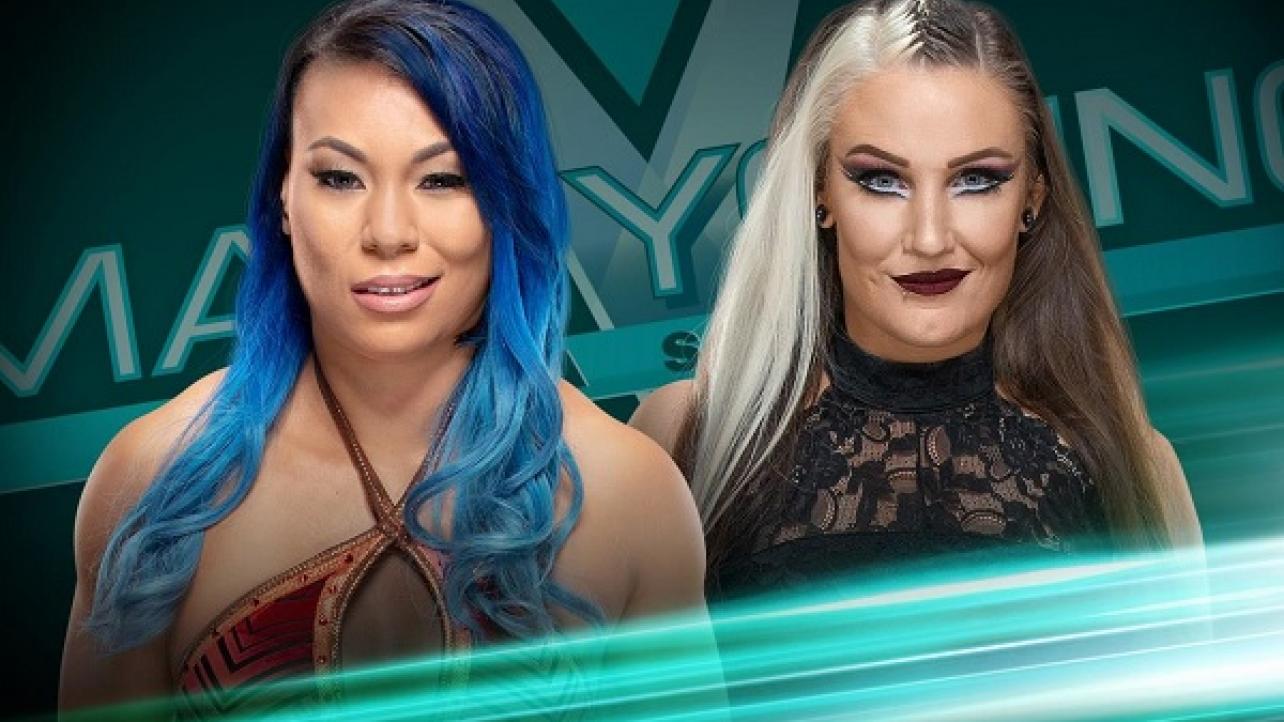 It is Wednesday, and of course that means it’s time for our weekly installment of the Mae Young Classic tournament.

As the First Round of the 2018 Mae Young Classic reaches its halfway point, four more huge matches are on tap, including a heated grudge match between longtime enemies Mia Yim and Allysin Kay, the WWE return of former Divas Champion Kaitlyn and more.

There is no matchup in the First Round of the Mae Young Classic that contains the personal animosity and extensive history of Mia Yim vs. Allysin Kay.

Longtime pillars of the North American women’s wrestling scene, Yim and Kay, simply put, don’t like each other. Their rivalry dates to 2012 when, in their very first match against each other, Yim broke Kay’s nose. If that’s how their shared history began, you can only imagine how their beef has intensified in the years since.

Yim is famous for her masterful submission game and devastating kicks, while Kay is a bruising brawler whose Big D discus lariat is always thrown with ill intent. Which competitor will gain the edge in this long-running rivalry and move on to the Second Round? Find out Wednesday night when the Mae Young Classic streams exclusively on WWE Network at 9/8 C.

For the first time in more than four years, former WWE Divas Champion Kaitlyn will compete in a WWE ring when she faces powerful NXT Superstar Kavita Devi in the First Round.

Kaitlyn, who took a hiatus from sports-entertainment in 2014 to launch her own business, has said that she’s coming back to WWE stronger, smarter and more well-rounded than before. That’s a telling statement considering her previous success, which included a six-month reign as Divas Champion in 2013.

While Kaitlyn famously outmuscled challengers during her time atop the Women’s division, that strategy could run into trouble against Devi. A powerhouse in her own right, Devi won powerlifting competitions before becoming the first Indian woman to wrestle in WWE. Kaitlyn might be planning on a triumphant return, but does the surging NXT Superstar — who no doubt feels the pressure of representing her home country — hold the key to spoiling her comeback?

Is stormy weather in the forecast for Jinny?

Two of NXT UK’s best are set to collide in the Mae Young Classic First Round as Australia’s Toni Storm will battle England’s Jinny.

One of the favorites to go the distance in this year’s event, Storm blew away the WWE Universe in last year’s tournament, advancing to the Semifinals before falling to eventual tournament winner Kairi Sane. Armed with enough nasty-trajectory suplexes to make The Iron Sheik wince, The Lightning Down Under has since established herself as a force in the emerging NXT UK Women’s division.

A familiar foe of Storm’s, Jinny won’t be intimidated. The vicious Fashionista (who cites the likes of Lita and Aja Kong as her inspirations) ended Storm’s year-long reign as PROGRESS Women’s Champion last May, so she knows she has what it takes to knock off the Australian Superstar. Both competitors are doggedly determined, but only one NXT UK Superstar will have her hand raised when all is said and done.

Li, a kung fu expert from China, famously made her in-ring debut at last year’s Mae Young Classic. Though she was eliminated by the highly experienced Mercedes Martinez, Li showed incredible poise and promise considering the high-pressure circumstances of her maiden voyage.

Li looks to bounce back in this year’s tourney, but standing in her way is Karen Q, a highly touted technician from the North American independent wrestling circuit. Q brings a dynamic offense filled with submission holds, strikes and high flying (which is no doubt influenced by her years of high-level gymnastics experience).

Will Karen Q taste victory on the biggest stage of her career, or will Xia Li build upon the unforgettable impression she made in last year’s event and advance to the Second Round?