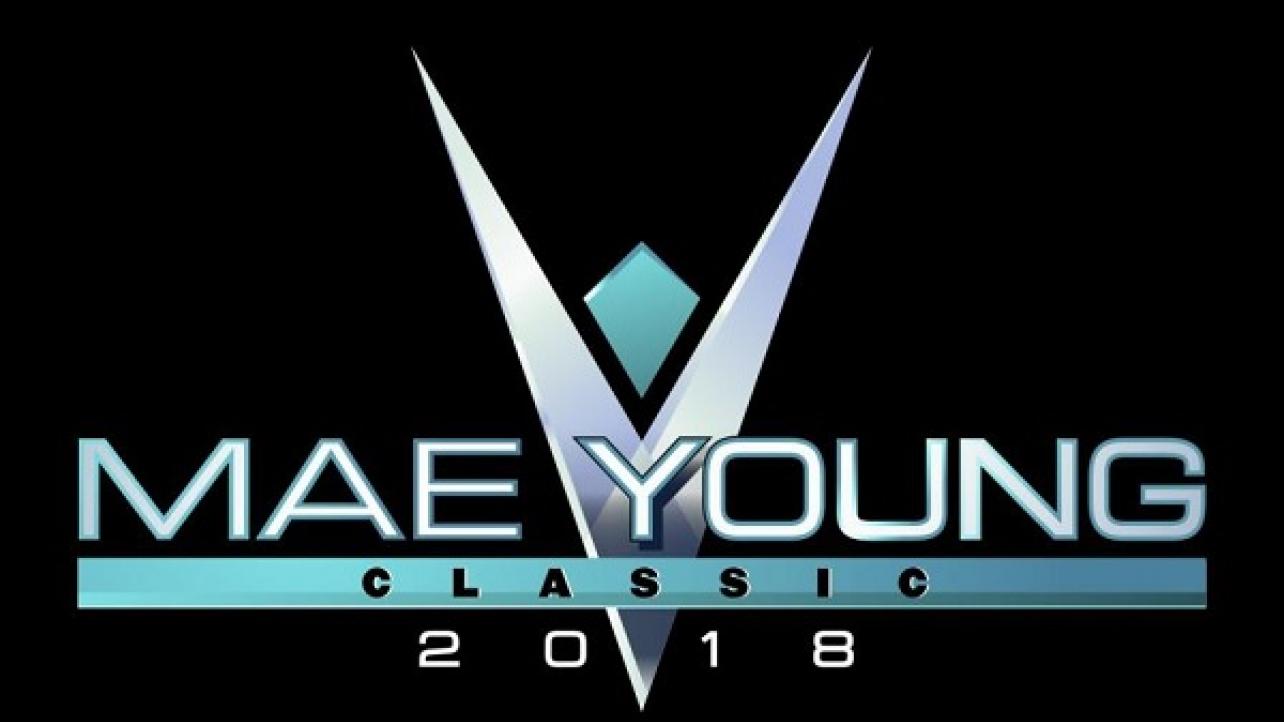 The Sweet 16 comes to an end tonight!

Io Shirai defeated Zeuxis in a second round match

In the first round Shirai blitzed Xia Brookside en route to an easy win, while Zeuxis had a harder go of it, but still defeated Aerial Monroe. Shayna Baszler, Jessamyn Duke and Marina Shafir were at ringside for this bout.

Io finally faced her first consistent bit of disadvantage as she went for a springboard, but Zeuxis forearmed her and then slid into her arm and shoulder with a baseball slide dropkick. Shirai didn’t stay down long, as she made her comeback. It included a Suicide Dive where I legitimately was concerned that she hadn’t dove out far enough and was going to land on her head. Thankfully she was a-ok and the match continued.

Zeuxis missed a moonsault and Shirai went for one, but got tripped up on the top rope. Shirai blocked a top rope spanish fly and hit a frankensteiner and a moonsault for the win. Shirai will face the winner of the next match in the quarterfinals.

Deonna Purrazzo submitted Xia Li in a second round match

There is a chance that if you take a drink every time someone calls Purrazzo “The Virtuosa”, you will have liver poisoning by the end of the tournament. Ricochet, who 20 minutes prior to this retained the NXT North American Title (read about it in the NXT report), was at ringside watching on. Purrazzo defeated Priscilla Kelly, while Li got the win over Karen Q in their respective first round matches.

We had some nice mat wrestling early on, but Li got tired of that and decided to start her kickboxing training, as she used Purrazzo as a heavy bag. Li used a jumping kick from the middle rope, which did NOT shatter her leg. Purrazzo got tired of being kicked, so she returned the favor, concentrating on the arm of Xia Li. Li came back and managed to use the three limbs Deonna wasn’t concentrating on to make her black and blue. Li dove from the middle rope…but got caught in a Fujiwara armbar for the tap out!

Tegan Nox pinned Nicole Matthews in a second round match

Since last seen beating Isla Dawn, Matthews has been in the news after being banned from the United States for five years due to visa issues. Not reading the spoilers in advance, but something tells me Nicole will not be at WWE Evolution. Tegan Nox, who is Michael Cole’s favorite, defeated Zatara in the first round. This is the match that Renee Young previewed by calling a “Pound For Pound Hardway Match”, whatever that is.

Matthews worked over Nox with chops, kicks, dropkicks and grinded the elbow in when covering. Nox returned the favor, which made Matthews make the shocked face. Nox’s offense didn’t last long, as Matthews just enjoyed delivering strikes to her foe. Nox fired up, screamed to the crowd and almost got locked in a Liontamer. Thankfully she avoided that, hit a cannonball and a shining wizard outta nowhere for the sudden victory!

Mia Yim submitted Kaitlyn in a second round match

The former Impact Knockouts Champion vs the winner of NXT Season 3 and former WWE Diva’s Champion. Mia beat fellow Impact alumna Allysin Kay and Kaitlyn polished off Kavita Devi in the first round.

Mia had her hand taped, so of course she used that hand to chop Kaitlyn, which hurt her more than it did her foe. Kaitlyn used a cannonball in the corner and then did a wacky cover for a 1 count. It was like she meant to jackknife Mia, changed her mind, but she was already in position, so she had little or no weight on the shoulders.

Since she couldn’t use her right hand, Mia used her foot and kicked at the hamstrings of Kaitlyn before using a standing figure four leglock. Mia forgot her hand hurt and swung for the fences at her grounded foe, but Kaitlyn moved and Mia punched the mat. Kaitlyn channeled her inner Marty Scurll and locked on a hand hold, twisting it around, trying to force a tap out. Kaitlyn’s leg bruises were shining through as she threw her entire body at Mia.

Mia begged for mercy, but Kaitlyn was merciless. Kaitlyn kicked out of Sole Food (Eat Defeat) and hit her spear, which the entire crowd bought as the finish, but Mia kicked out. Finally Mia locked in a kneebar for the submission win! This was a very good match, easily the best match of the night, but not quite as good as the two matches from last week.

Mia Yim will now go one on one with Toni Storm in the quarterfinals.

So that does it for another week here at the Mae Young Classic. We start the Round of 8 next week and until then, thank you for reading and remember to say your vitamins and take your prayers.