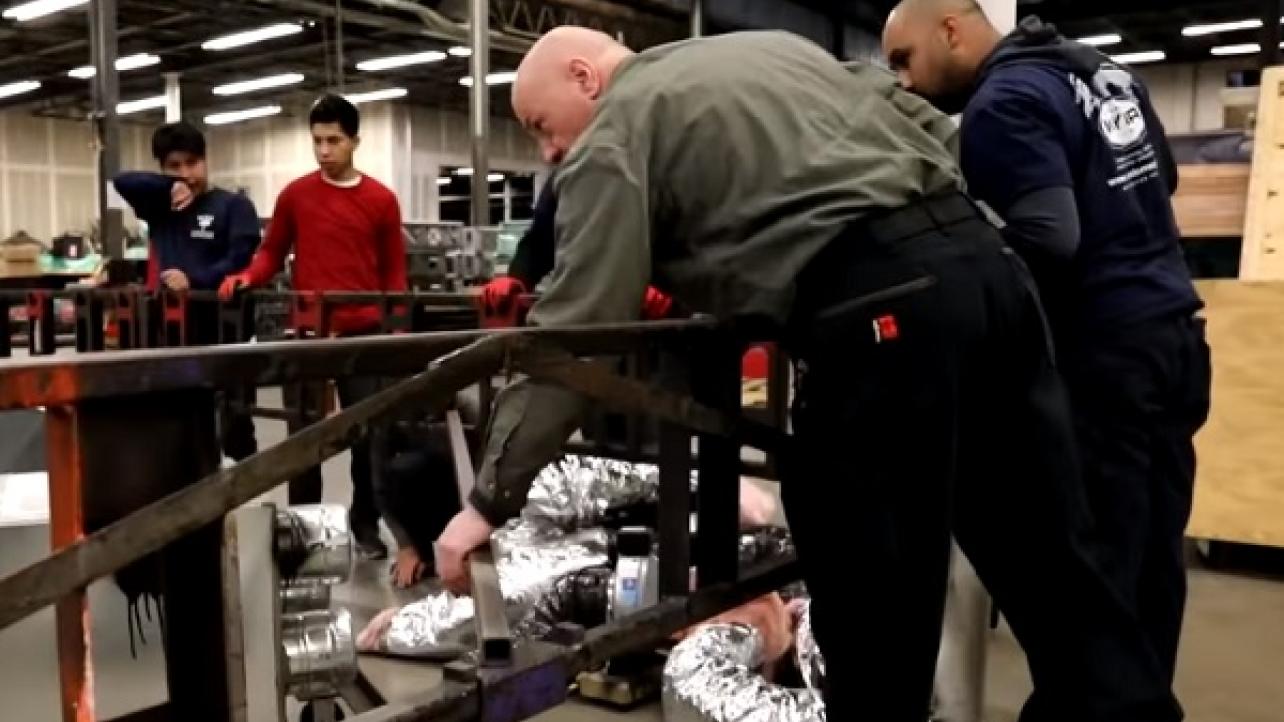 – WWE has announced that new “Hidden Gems” will be added to the WWE Network every Thursday. The company posted the following on their official website on Thursday: “From the legendary “Last Battle of Atlanta” to the historic meeting of “The Nature Boys,” dig deep into the WWE archives to witness wrestling lore come to life! Spanning over 60 years, Hidden Gems highlights the rare, the unusual, the forgotten, and never-before-seen footage of the Legends of yesteryear and Superstars of today. This carefully curated series is a must for any purist. Look for new Hidden Gems every Thursday.”

– In the latest installment of the WWE digital series, “Making WWE,” Mark Carpenter, the man who makes the rings for WWE, is profiled. A special ring being made for WrestleMania 35 is also featured in the video.

The official description for the episode, which you can watch in its’ entirety below, reads: “Get to know Mark Carpenter, the official ring maker for WWE, and see how he created a special heated ring for WrestleMania 35.”

– As noted, it was announced on Wednesday night’s episode of NXT TV by WWE COO Paul “Triple H” Levesque, who made a special appearance on the show, that Tommaso Ciampa was no longer NXT World Champion and that his title would be up-for-grabs in a 2-out-of-3 Falls Match between Johnny Gargano and Adam Cole at NXT TakeOver: New York 2019, Ciampa took to social media to post his reaction.

A small piece of me died tonight.