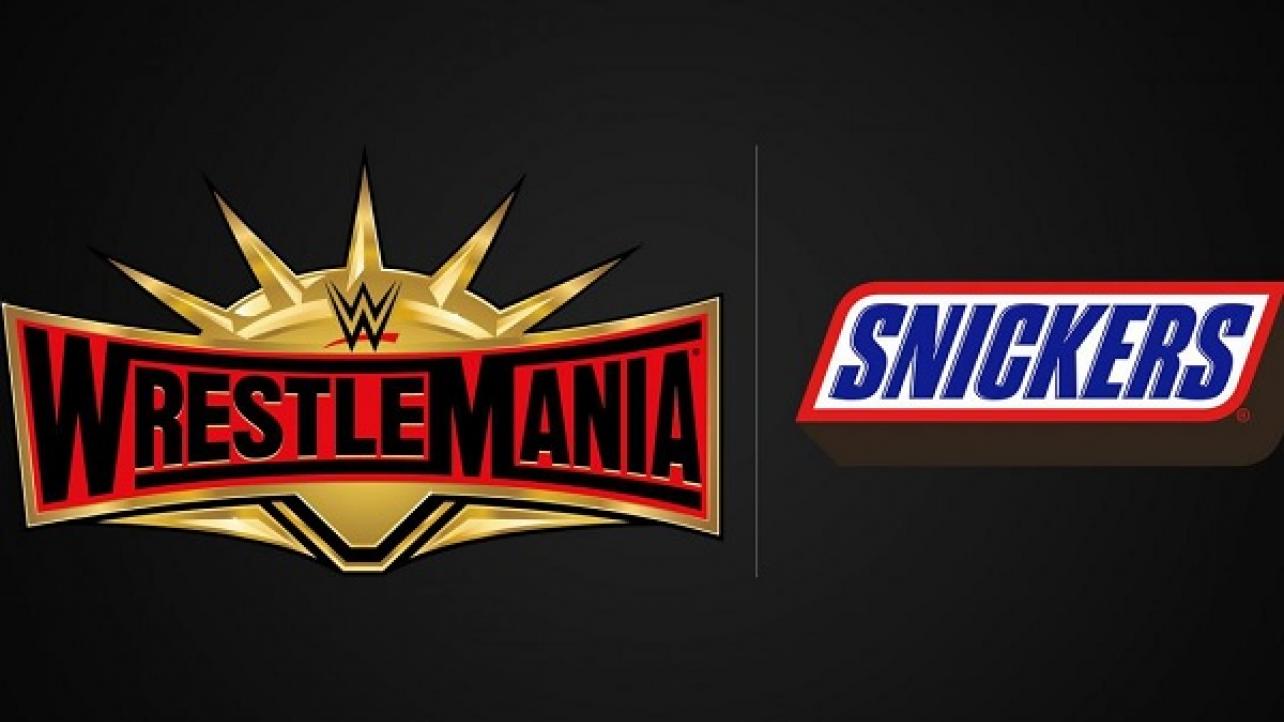 On Monday, WWE announced that they have extended their partnership with Mars.

The company issued a press release announcing a new multiyear partnership heading into this year’s WrestleMania 35 pay-per-view. Check out the complete announcement from WWE.com below.

Mars and WWE expand multiyear partnership to WrestleMania and beyond

WWE and Mars, Incorporated today announced an expanded partnership where Snickers and Skittles will receive significant visibility and consumer engagement across WWE’s global platforms beginning at WrestleMania, one of the largest sports and entertainment events in the world.

For the fourth consecutive year, Snickers will serve as the exclusive presenting partner of WrestleMania, which will take place Sunday, April 7, at MetLife Stadium and stream live around the world on WWE Network, WWE’s award-winning streaming service. Snickers’ presenting partnership of WrestleMania will once again feature WWE Superstars promoting the brand’s popular “You’re Not You When You’re Hungry” campaign in custom content produced by WWE. The creative will air in WWE’s flagship TV programs Monday Night Raw and SmackDown LIVE on USA Network, and in WrestleMania on WWE Network. This content will also appear across WWE’s global digital and social platforms, including WWE’s YouTube channel, which is the No. 1 most viewed sports channel and No. 2 most viewed channel in the world.

“WWE Superstars can’t perform in the ring and live up to their larger-than-life personalities if they’re hungry,” said Josh Olken, Brand Director, SNICKERS. “We’re thrilled to be back for the fourth consecutive year as the presenting sponsor of WrestleMania, making sure that no one across WWE’s passionate fan base is hungry when getting their WrestleMania fix.”

“WWE is thrilled to expand our partnership with Mars and provide two marquee brands, Snickers and Skittles, with valuable exposure across our global platforms,” said John Brody, WWE Executive Vice President, Global Sales & Head of International. “Snickers will once again leverage the massive platform and global fan base that WrestleMania provides as we bring their ‘You’re Not You When You’re Hungry’ campaign to life in new and creative ways.”

As part of the broadened relationship, Snickers has released five limited edition Hunger Bars with WWE that include the catchphrases of five Superstars on the packaging:

The bars will be available beginning next Monday, March 18, through mid-April, exclusively at Dollar General stores across the country. Fans can also look out for a special digital coupon on Snickers singles items, as well as a digital “Superstar-Yourself” experience on DollarGeneral.com.

The partnership will also include a Snickers brand presence at WrestleMania Axxess, WWE’s five-day, interactive fan festival at Pier 12 in Brooklyn, N.Y., plus custom digital and social content sponsorships on WWE.com and YouTube as part of a multi-platform media campaign.

Continuing the relationship,Snickers will serve as the presenting partner of WWE’s Hell in a Cell event this September. This will include cross-platform promotion via WWE’s global media channels, a co-branded custom integration that will air in the telecast, and additional partnership activations that will be unveiled in the coming months.

We’re happy to have @MarsGlobal back for another year! @SNICKERS @Skittles https://t.co/gx8hOBE3pt