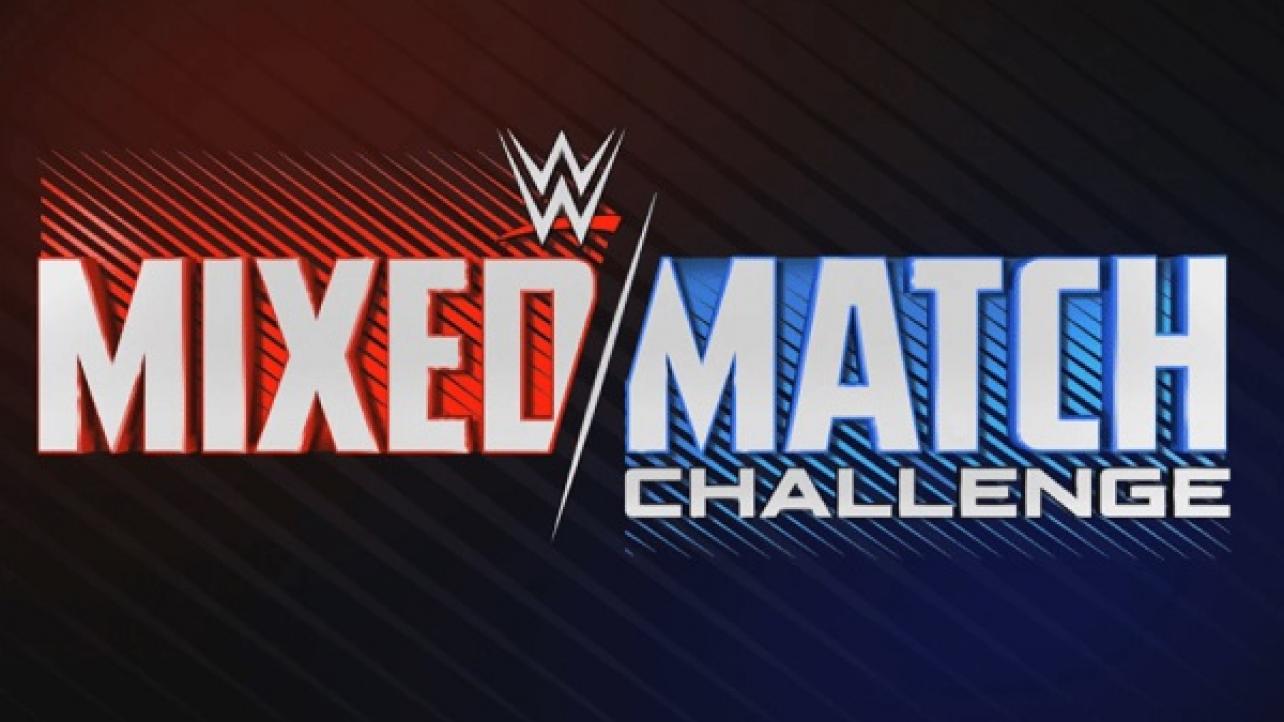 We are in Portland, Oregon and your announcers are Michael Cole, Vic Joseph, and Renee Young.

Match Number One: Bayley and Finn Balor versus Alicia Fox and Jinder Mahal (with Sunil Singh)

Alicia and Bayley start things off but Alicia wants a piece of Balor because she apparently forgot the rules of the contest. Alicia calls Finn a chicken and Bayley with a rollup for a near fall. Bayley gets another near fall and then Alicia backs into the corner and tags Jinder into the match. They lock up and Balor with a waist lock but Mahal with a back elbow and side head lock take down. Mahal with a take down into a reverse chin lock. Balor with arm drags into an arm bar. Mahal with a knee to the midsection. Mahal goes for a sunset flip but Balor rolls through and hits a drop kick because you don’t give Balor a sunset flip.

Alicia sends Bayley into the ring and hits a neck breaker for a near fall. Alicia with a forearm but Bayley with a hot shot onto the turnbuckle. Alicia with a knee to the back to stop Bayley from making the tag. Alicia with a reverse chin lock. Bayley kicks Alicia away in the corner but Alicia goes for a power bomb and Bayley counters with a back body drop. Bayley goes for the tag and makes it. Balor with forearms to Mahal followed by an elbow. Balor with a flying forearm. Balor with a running chop into the corner. Mahal with an Irish whip and Balor floats over but runs into a thrust kick. Balor with an enzuigiri to knock Mahal off the turnbuckles. Balor with slingblade and then he sets for the running drop kick and hits it.

Next week, Braun Strowman and Ember Moon will face Bayley and Finn Balor in the Raw match.

Kayla Braxton is with Bayley and Finn Balor. They are asked about their match next week against Braun Strowman and Ember Moon. Bayley says they will be ready for them and they will win again.

Kayla asks Jimmy if he has anything to say and Jimmy asks about Milwaukee.

The women start things off and they lock up. Naomi with a side head lock take down. Lana with a head scissors and Naomi escapes. Lana misses a clothesline when Naomi does a split. Naomi with a leap frog to avoid Lana and Naomi continues to dance. Lana applauds Naomi’s dancing. They shake hands and Lana with a kick because it was a trap. Naomi with an Irish whip and Lana kicks Naomi and hits a bulldog. Lana with a Spinaroonie and some more dancing. Rusev wants a dance off and Jimmy agrees.

Rusev and Jimmy discuss who won and Rusev says that Lana won. Jimmy disagrees and thinks that Naomi won. Rusev and Jimmy have some more words and Rusev is tagged in. Jimmy wants them to hit the music and Jimmy starts to dance. Now it is Rusev’s turn and Jimmy has some sunglasses so Rusev can go full Rikishi but he hits a round kick to the head and gets a near fall. Jimmy has a kick blocked and Jimmy with a dragon whip.

Naomi is tagged in and she hits a flying clothesline and elbow. Naomi with a round kick. Naomi with a springboard round kick for a near fall when Rusev breaks up the cover. Rusev sends Jimmy to the floor and Rusev follows but he is met with a super kick off the apron. Lana with a kick and X Factor for a near fall. Jimmy gets on the apron and he asks about Milwaukee. Lana slaps Jimmy and Naomi with a rollup for the three count.

Next week’s Smackdown match will be AJ Styles and Charlotte Flair versus R Truth and Carmella.