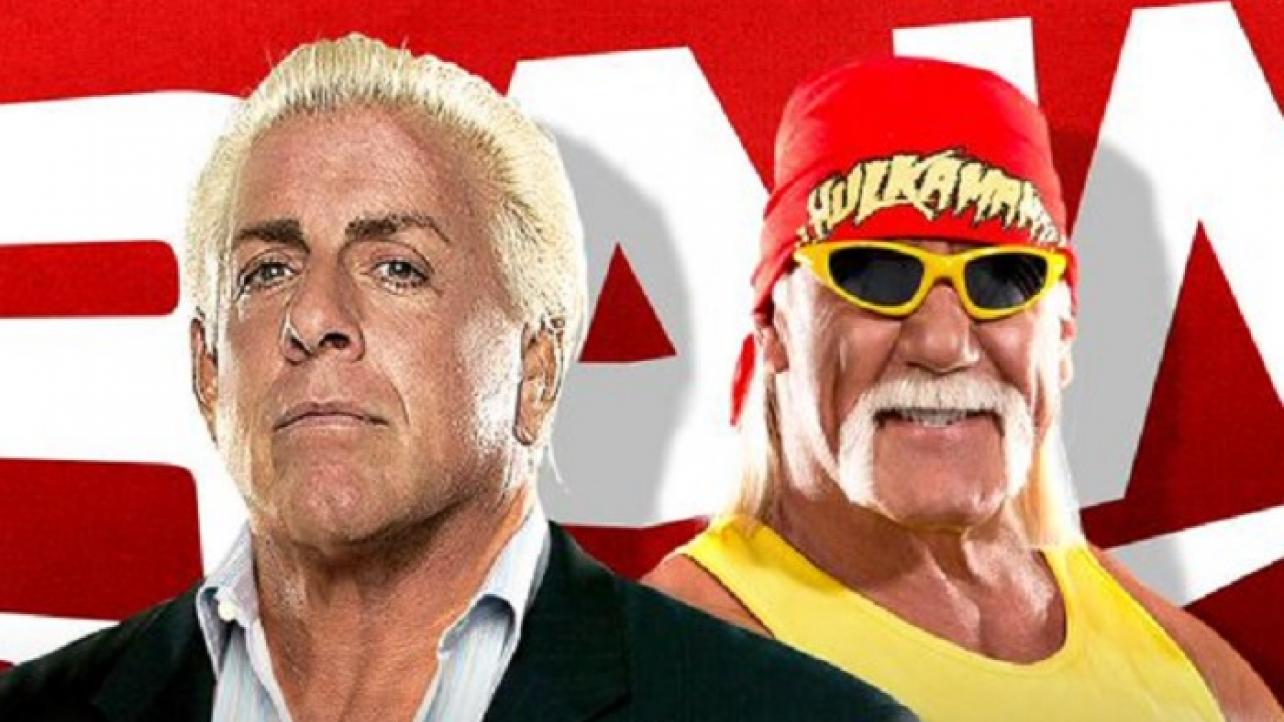 Tonight’s episode of WWE Monday Night Raw is being promoted as “Legends Night” with Hulk Hogan and Ric Flair leading the charge as co-hosts.

Featured below is the current preview for the show, with more matches possibly announced later today.

Get ready to ring in 2021 with one legendary night.

Some of your favorite WWE Legends and Hall of Famers will return for Raw Legends Night on the first Monday Night Raw of the new year. The guest list is already set to feature two of the greatest of all time: “The Immortal” Hulk Hogan and “The Nature Boy” Ric Flair. Booker T, Big Show, Mark Henry, Torrie Wilson and more will also join the festivities to help ring in the new year in unforgettable fashion.

Will your favorite WWE Legend show up on this epic night?

There’s no telling what surprises are in store when Raw Legends’ Night rings in 2021 on Monday, January 4 at 8/7 C on USA Network!

A clash of titans will usher in 2021 on the red brand, as Drew McIntyre will battle Keith Lee in a WWE Championship Match.

Lee earned the title opportunity last week on the red brand with a massive win over Sheamus. In a WWE Network exclusive interview, the larger than life Superstar guaranteed a victory over the King of Claymore Country. McIntyre has successfully kept AJ Styles and The Miz at bay in recent weeks, but Lee’s jaw-dropping mix of strength and technical prowess presents a new challenge for the new year.

Will the WWE Champion be hoisting gold once again on Monday Night? Or will Lee bring a new era to the red brand?

Don’t miss Raw at 8/7 C on the USA Network to see the colossal title showdown.

What’s next for Randy Orton and Alexa Bliss?

As Raw faded to black last week, Randy Orton lit a match and offered a sadistic grin after Alexa Bliss had doused herself in gasoline and dared The Viper to deliver her the same fate as he did The Fiend.

Since Orton set The Fiend ablaze at WWE TLC, Bliss has summoned The Legend Killer from “Alexa’s Playground” hoping to evoke her demonic leader.

How did Orton respond to Bliss’ fiery proposition last week?

Find out the latest between Orton and Bliss on Monday Night Raw at 8/7 C on the USA Network.