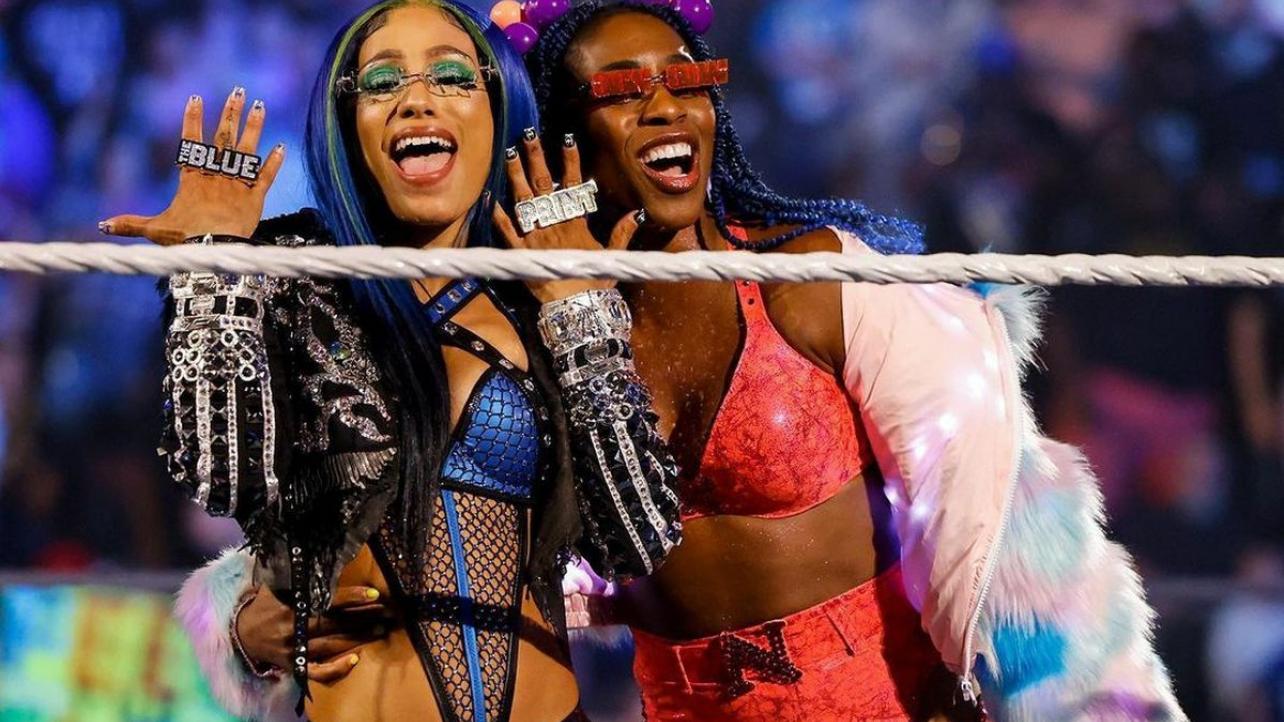 According to multiple sources, last night’s Monday Night Raw main event had to be changed after both Sasha Banks and tag team partner Naomi walked out of the show, reportedly very late into the day when Raw was just about to hit the air or was already in progress.

— PWInsider.com reports that Banks took “issue” with some of the planned creative in the originally scheduled main event that was to be a Six Pack Challenge to determine the next contender for Bianca Belair’s title at Hell in a Cell. After a meeting with Vince McMahon, to discuss her issues with the creative, McMahon decided not to change direction on any of the plans. Banks also refused to back down and decided to leave the arena and Naomi, her tag team partner, left with her even though she was reportedly booked to win the Six Pack match.