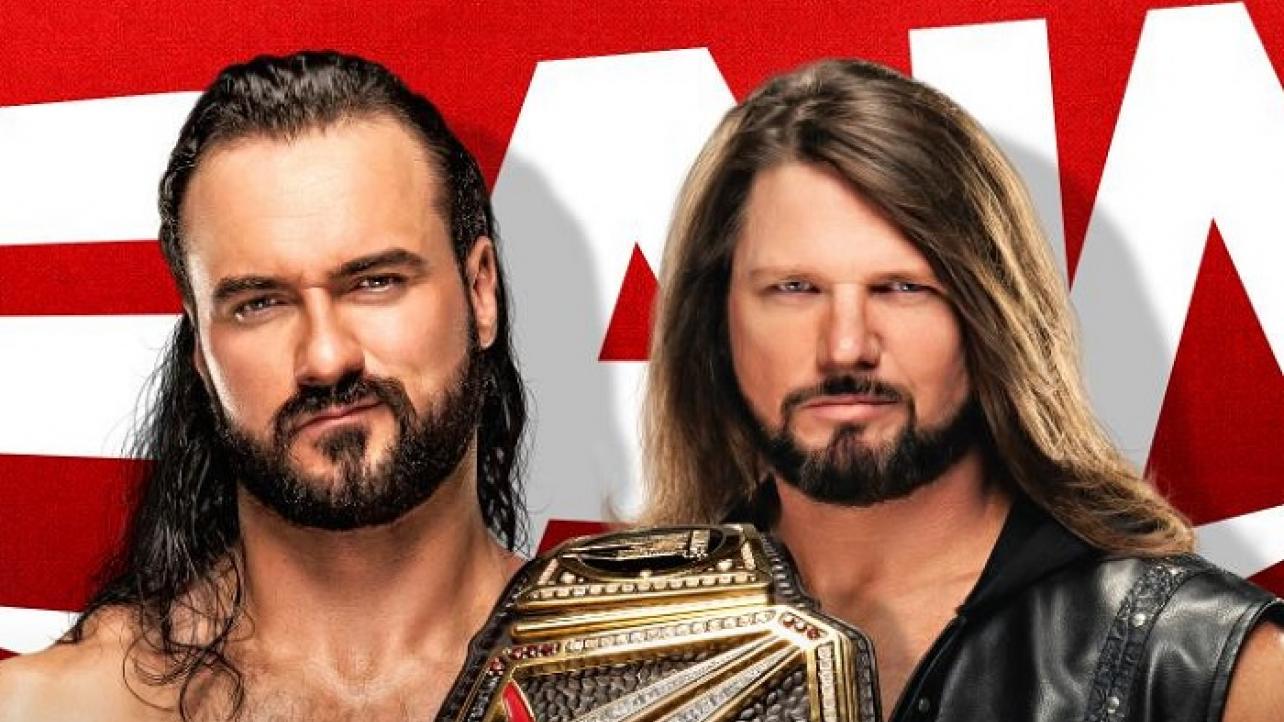 AJ Styles will take on Sheamus in singles action while Jeff Hardy teams up with The New Day as they go up against The Hurt Business.

Previously announced was Lana vs. Nia Jax as well as a ThunderDome “field trip” courtesy of Bray Wyatt.

“The Nightmare Before TLC” goes down on this week’s WWE TLC 2020 “go-home” episode of Monday Night Raw tonight, December 14, 2020, live via the USA Network.

AJ Styles brings “The Nightmare before TLC” to Raw

The Phenomenal One plans to bring “The Nightmare before TLC” to Raw this Monday to display what’s in store for the WWE Championship Tables, Ladders and Chairs Match. The Miz & John Morrison will back up Styles for his terrifying display, as Mr. Money in the Bank has his own hopes of delivering sleepless nights to the King of Claymore Country.

Thanks in part to Sheamus connecting on a rogue Brogue Kick to the champion, Styles was able to make a statement before his WWE Title opportunity at WWE TLC.

What does Styles have in store ahead of one of sports-entertainment’s most brutal nights of the year?

Don’t miss Raw at 8/7 C on the USA Network, as the stage is set for a wild WWE TLC title clash.

Get your permission slips signed for Monday because Bray Wyatt is set to lead what is sure to be a zany field trip to the WWE ThunderDome on Raw.

The entire Firefly Fun House gang is set to crash the red brand party and bring their whacky brand of antics with them.

With Abby the Witch, Huskus The Pig Boy and the rest of the gang in tow, what will Wyatt have planned before his WWE TLC showdown with Randy Orton?

Before AJ Styles tangles with Drew McIntyre at WWE TLC, he’ll have to deal with one of the WWE Champion’s oldest friends.

The Phenomenal One will battle Sheamus on the red brand just nights before his WWE Title battle. Last week, Styles pinned Sheamus after a rogue Brogue Kick stunned McIntyre and opened the door for a Phenomenal Forearm to The Celtic Warrior.

Will Styles send a message to The King of Claymore Country with Omos in his corner? Or will Sheamus knock his good buddy’s upcoming opponent down a peg?

Tune in to Monday Night Raw at 8/7 C on the USA Network to see the Styles and Sheamus go toe-to-toe.

Lana looks to ride momentum in matchup with Nia Jax

Ever since adding Asuka to the equation, fortunes have started to turn for Lana in her ongoing conflict with the WWE Women’s Tag Team Champions.

On Monday night, Lana will face her biggest challenge yet, as she’ll step into the ring with Nia Jax. Lana was able to turn the tables on The Irresistible Force last week with a counter of a seemingly surefire announce table slam that allowed Asuka to swoop in for the pin of Shayna Baszler.

With nowhere to hide in the squared circle, will Lana be able to find more tricks up her sleeve? Or will Jax use the opportunity to take out frustrations on her target?

Tune in to Monday Night Raw at 8/7 C on the USA Network to what fate awaits Lana in her showdown with Jax.

The Hurt Business has created no shortage of enemies with their brutal takeover efforts, and now The New Day & Jeff Hardy are set to team up against Bobby Lashley, Cedric Alexander & Shelton Benjamin.

The Raw Tag Team Champions have been ensnared in an ongoing battle with Alexander & Benjamin. Last week, The Charismatic Enigma stepped into the ring with the United States Champion and The All Mighty put on a brutal display.

Who will emerge from the Six-Man Tag Team Match when Kofi Kingston, Xavier Woods & Hardy take on The Hurt Business trio?

Don’t miss Raw at 8/7 C on the USA Network to see The New Day & Hardy take on The Hurt Business.