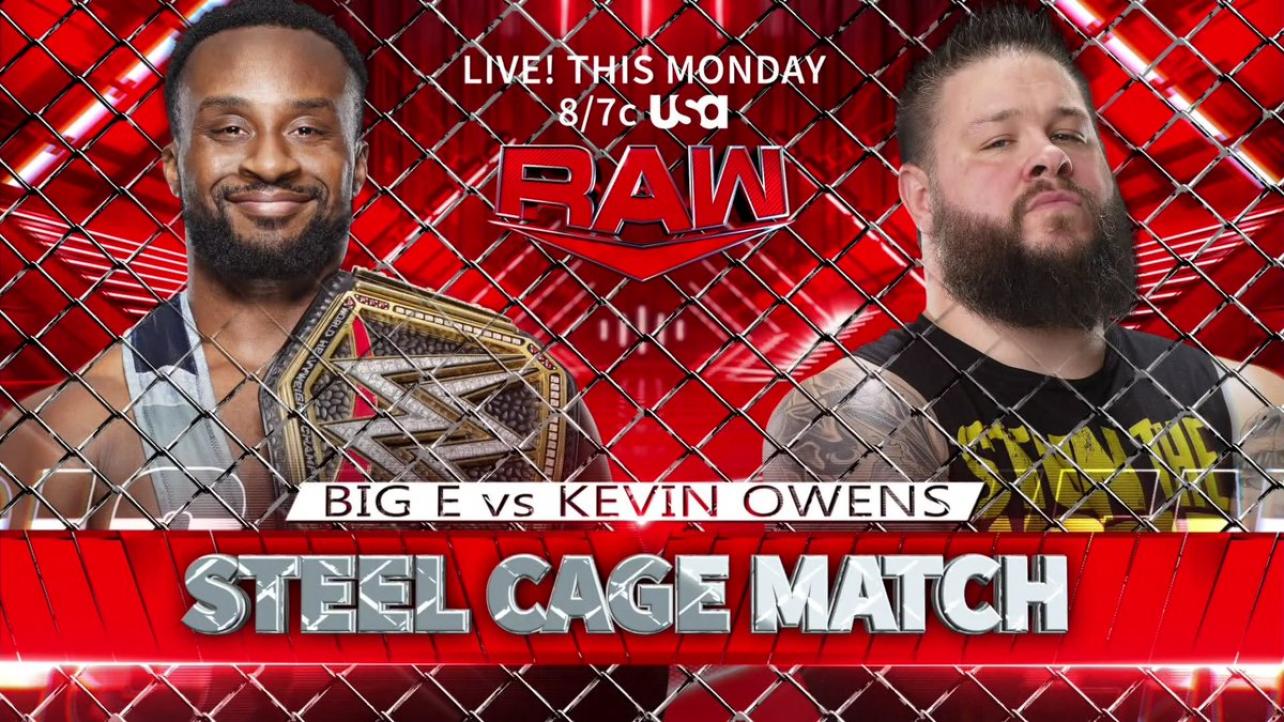 Next week’s WWE Monday Night Raw show is already shaping up to be a jam-packed program.

The show, which goes down on Monday, December 6, 2021 from the FedEx Forum in Memphis, Tennessee, will feature a pair of big matches, as well as an intriguing talk show segment.

Heading into the 12/6 red brand show on the USA Network next week, WWE has announced that Edge will serve as the special guest on Miz TV, as well as Kevin Owens vs. Big E. in a Steel Cage Match and a Raw Women’s Championship bout with Becky Lynch defending against Liv Morgan.

Check out the announcements regarding next week’s WWE Monday Night Raw show via the tweets and video embedded below courtesy of the official WWE Twitter and YouTube pages.

Make sure to join us here at eWrestling.com on 12/6 for live WWE Monday Night Raw results coverage from Memphis, TN.