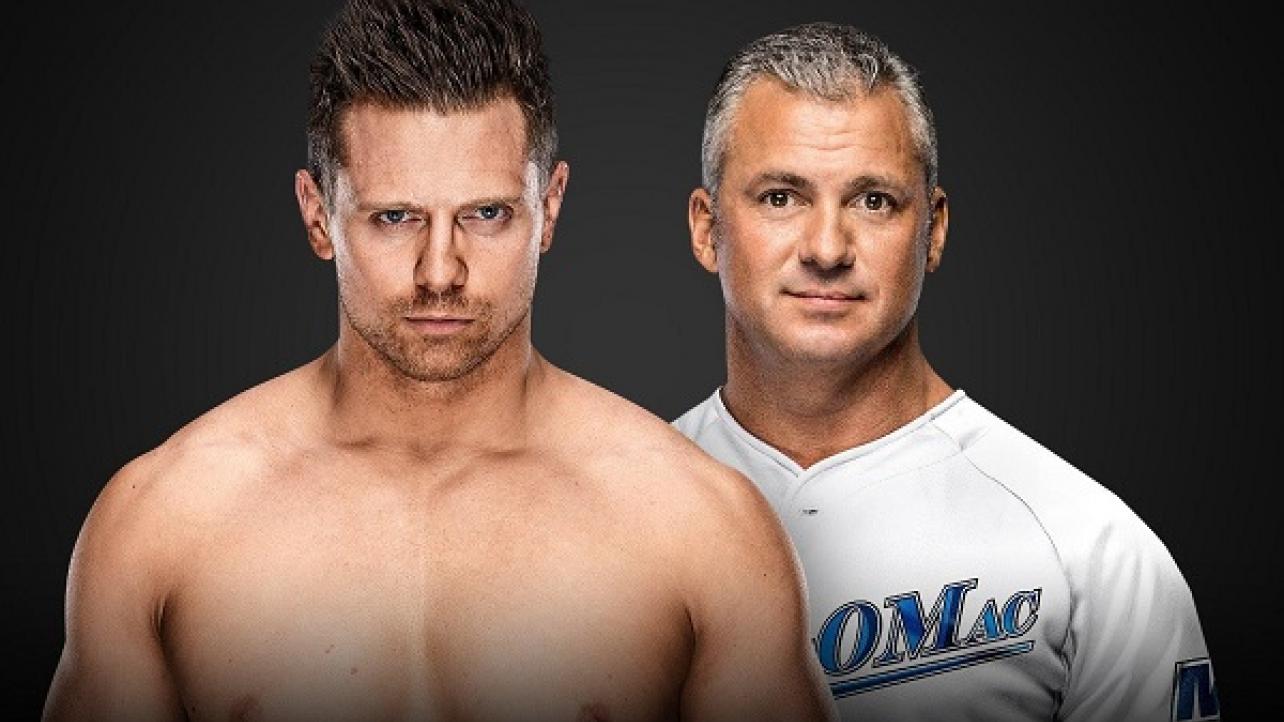 Following Tuesday night’s episode of SmackDown Live, new matches and participants for the ladder matches were announced for the WWE Money In The Bank 2019 pay-per-view.

Featured below is an updated look at the lineup for the PPV, which takes place on Sunday, May 19th from the XL Center in Hartford, Connecticut.

Make sure to join us here at eWrestling.com on 5/19 for live play-by-play of the WWE Money In The Bank 2019 PPV!