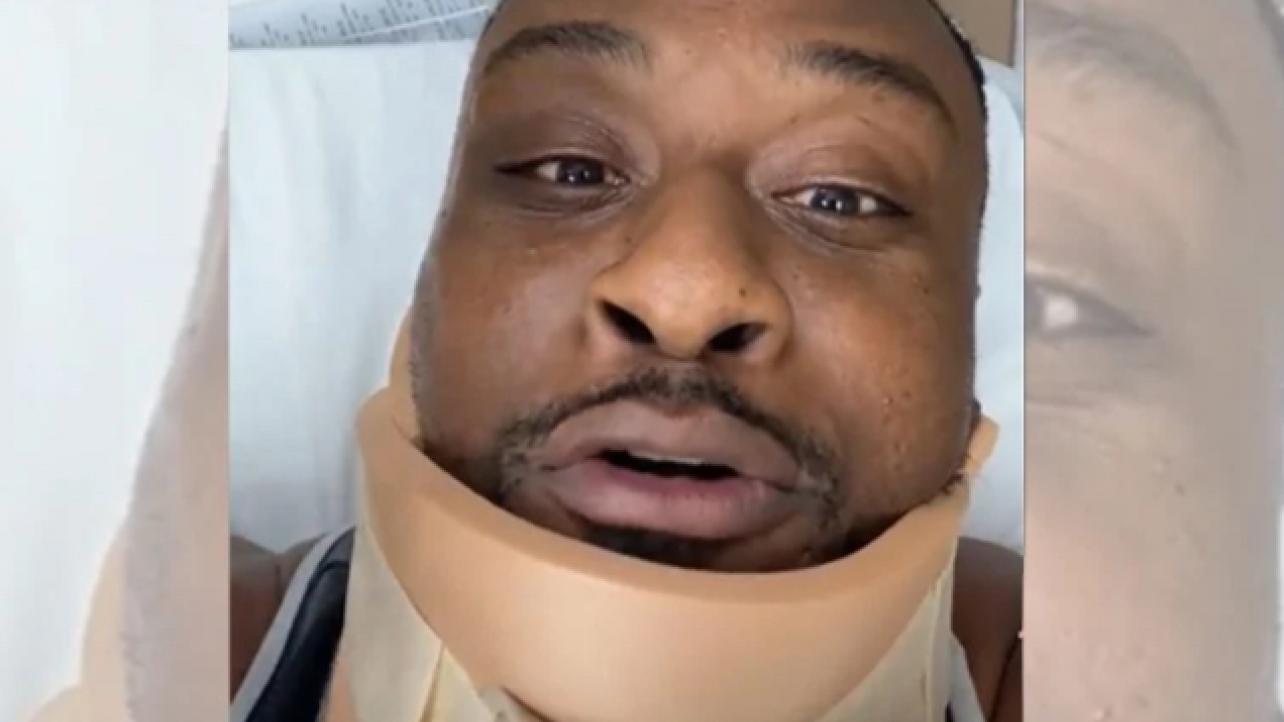 — Injured WWE superstar Big E took to Twitter today to issue an update on the injury he suffered last night on Friday Night Smackdown where he landed dangerously on his head after a belly-to-belly suplex. He revealed that tests showed that he does have two fractures, but no damage to the actual spinal cord or any ligament damage. He also doesn’t have to undergo surgery, but of course remains sidelined indefinitely.

“So, I got some really good news, all things considered. The C1 and C6 are indeed fractured, not a displacement though, which is a very good thing. And I don’t have any damage to my spinal cord. No ligament damage. And no surgery, which I’m very thankful for.”

“And a pro-tip, if you’re going to break your neck, do it in Birmingham. They’ve been great. Everyone here at UAB has been great. But, for real, it’s meant a ton to me that so many of you have been so kind and reached out, stopped in to see me, texted me. I know I feel like I sound like a broken record, but I am very grateful. And I’m gonna be all right. It’s a blessing.”