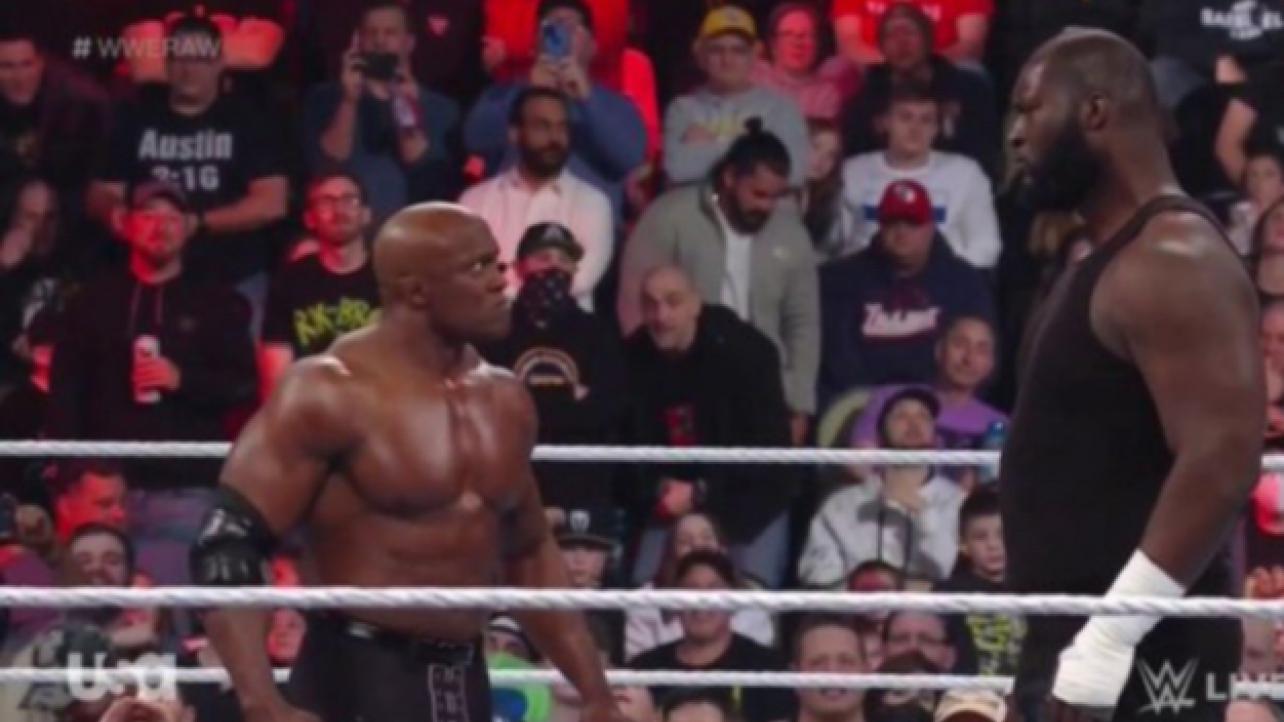 Last night’s WrestleMania RAW saw Omos battle The Viking Raiders (Erik and Ivar) in a 2-on-1 Handicap Match and walk out of the match as the winner. The Handicap Match ended rather awkwardly and in quick fashion with Omos picking up the victory via count out after Erik was sent out to the floor with Omos hitting him with a clothesline and Erik failed to make it back in the ring in time. It seems that the finish was not what was intended, but Erik may have been injured to have such a finish take place.

After the match, Omos was interviewed by Kevin Patrick and said he does not think anyone can stand up to him at WrestleMania 38 and that he is still undefeated and he can dominate everyone. Bobby Lashley then made his way down to the ring to a babyface pop from the crowd and with no sign of MVP. Omos and Lashley then went at it, with Omos getting the early advantage and dominating The All Mighty until he eventually fought back and knocked Omos off his feet in the middle of the ring. The two then got into a verbal argument until Lashley looked up at the WrestleMania 38 sign and Omos nodded in agreement.

This will be Lashley’s first match since being out of in-ring action after being removed from the WWE Title Elimination Chamber Match last February, where Brock Lesnar walked out as the WWE Champion. His opponent for WrestleMania 38 Omos has been undefeated in Singles action since making his Monday Night RAW debut. There is no word yet on if their match will take place on WrestleMania Saturday or Sunday, but updates will be provided once it has been made available.