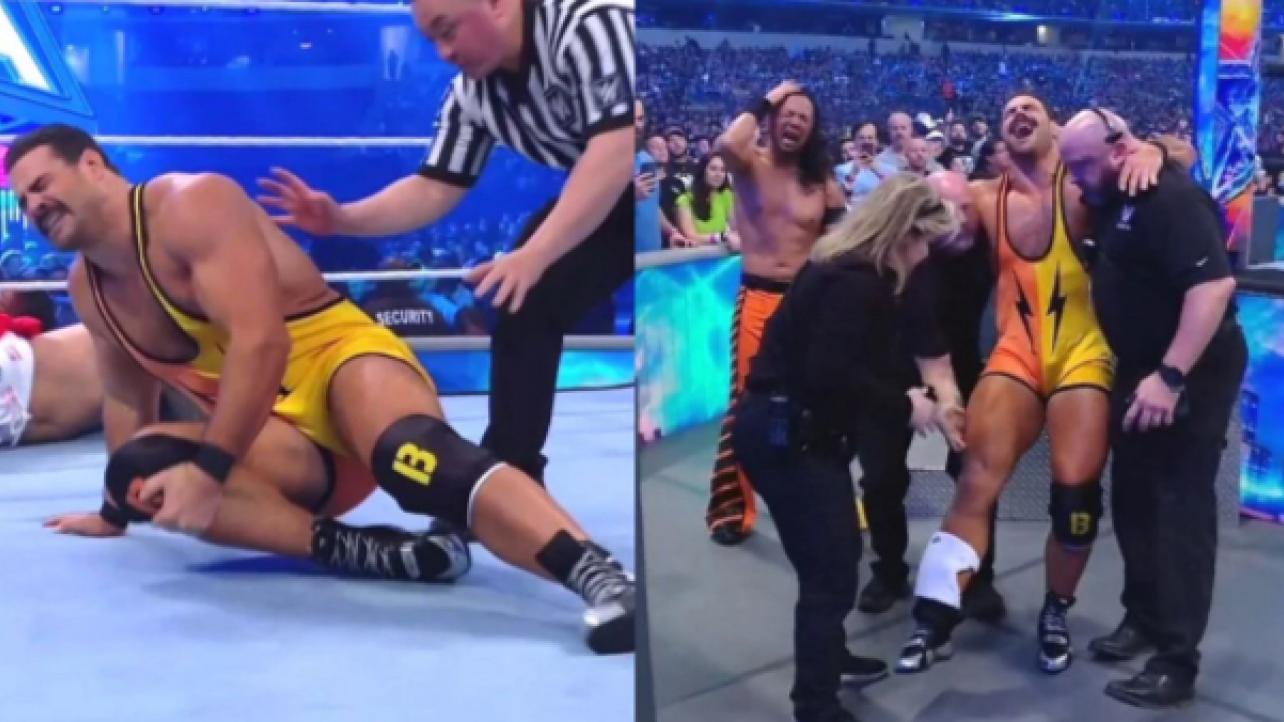 — WWE star Rick Boogs suffered a legitimate injury last night during his match at WWE WrestleMania 38, night one. Boogs tore his quadriceps in the opening match of Wrestlemania 38 during a spot where he lifted the Usos in a fireman’s carry. Boogs’ right leg buckled, causing him to immediately tag out and remain on the floor for the rest of the match. He was then helped to the back by WWE officials.

— Later on in the PPV, it was announced that Boogs suffered a patella and a quadriceps injury and will be undergoing surgery to repair the damage within the next few days. He has been sent to Birmingham, Alabama and surgery is going to sideline him for several months though the exact timetable for a return will depend on what doctors find when they operate on him.