It looks like an NXT Superstar has revealed the outcome of the highly-anticipated champion versus champion main event of night two of the two-week WWE NXT "The Great American Bash" extravaganza.

As advertised by WWE, next week as part of night two of "The Great American Bash," NXT Champion Adam Cole takes on NXT North American Champion Keith Lee in a winner-take-all match.

The match and entire episode was actually taped yesterday and it appears that the result may have been spoiled inadvertently by NXT Superstar Saurav Gurjar - one half of the tag team Indus Sher.

Gurjar posted a photo to his official WWE NXT Instagram page that shows Keith Lee celebrating in the ring with both titles and with confetti raining down on him, which would lead most to make the seemingly safe assumption that Lee ends up emerging victorious in the match against Cole, ending "The Great American Bash" by celebrating as the new "NXT Champ-Champ."

Gurjar has since deleted the image but not before it was saved and shared online.

It's possible that WWE may have, or still could, tape an alternate ending to the match -- such as Lee defeating Cole, and even having an extended celebration only for a last-minute call to be made that could reverse the match outcome and/or restart the match.

For those interested, embedded below is the original *spoiler* image posted by Saurav Gurjar before he deleted it, that shows Keith Lee celebrating with both the NXT World Championship and NXT North American Championship while confetti rains down on him after his "champion versus champion" match against Adam Cole at night two of WWE NXT "The Great American Bash." 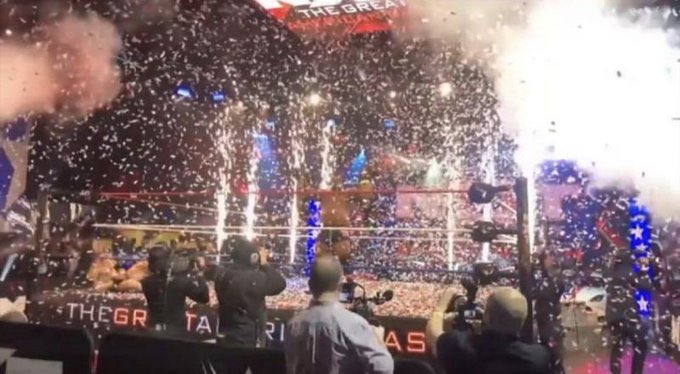 Make sure to join us here at eWrestling.com on 7/8 for LIVE NXT "The Great American Bash" Night 2 Results coverage!