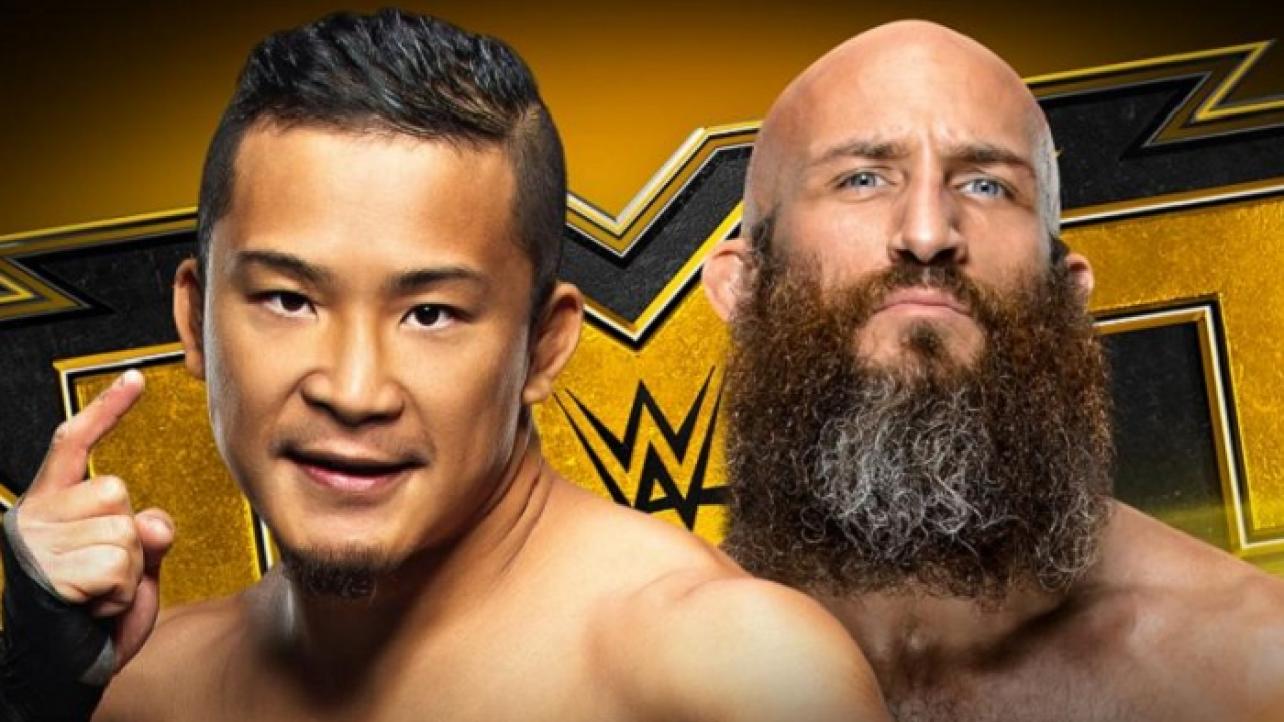 The fallout from the explosive NXT TakeOver 31 live special event on the WWE Network from this past Sunday night will be felt by the NXT Universe this evening.

WWE NXT returns tonight on the USA Network from the redesigned and rebranded Capitol Wrestling Center inside the WWE Performance Center training facility with the post-NXT TakeOver 31 edition of the weekly black-and-gold brand program.

Following her incredible return to the black-and-gold brand at NXT TakeOver 31, former NXT Women’s Champion Ember Moon is set to address her comeback this week on USA. Plus, Kushida looks to continue his hot streak when he faces Tommaso Ciampa in the first bout of the evening. Don’t miss NXT, tomorrow at 8/7 C on USA.

The NXT Universe, and NXT Women’s Champion Io Shirai in particular, received a major shock at TakeOver 31 when Ember Moon revealed herself as the individual behind the mysterious vignettes that have aired in recent weeks.

Riding into TakeOver on a motorcycle, Moon made her presence felt inside the Capitol Wrestling Center and stared down The Genius of the Sky after Shirai’s successful defense against Candice LeRae.

Now that Moon is back on the black-and-gold brand, the former NXT Women’s Champion won’t waste any time making her intentions known, as she’s set to kick off this week’s episode of NXT.

What will Moon have to say about her stunning NXT homecoming and plans for the future? Find out tonight on NXT at 8/7 C on USA.

International Superstar Kushida has displayed a rougher, more aggressive side recently, but NXT’s resident Time Splitter might meet his match in brutality when he battles former NXT Champion Tommaso Ciampa.

The match, which is scheduled as the first bout on NXT TV this week, pits two of the black-and-gold brand’s most experienced — and perhaps most ruthless — Superstars in head-to-head action.

Can Kushida capitalize on his defeat of Velveteen Dream at TakeOver 31 with a victory over The Blackheart? Or will Ciampa, who has made a painful example of Jake Atlas recently, stop Kushida just as he appears to be getting on a roll?

Make sure to join us here at eWrestling.com TONIGHT for LIVE WWE NXT Results coverage from the Capitol Wrestling Center in Orlando, FL!