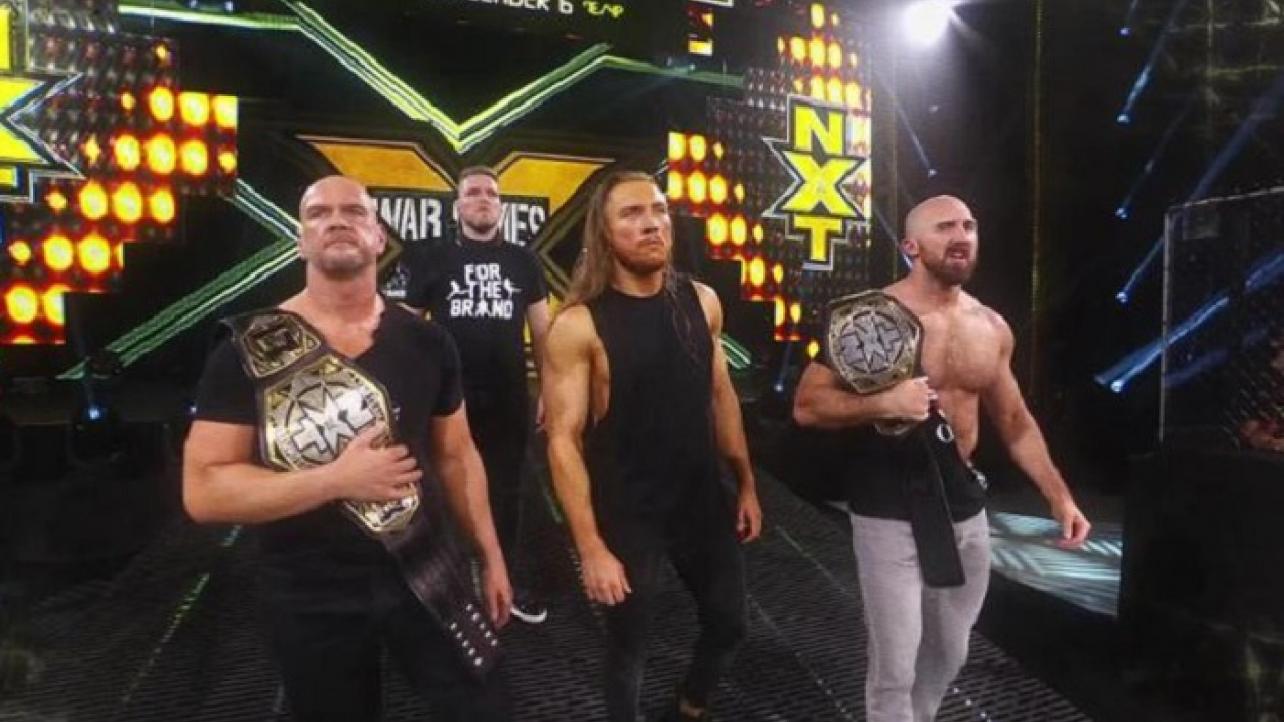 Two matches have been announced for this week’s NXT on Wednesday with one of them having direct ramifications towards WarGames scheduled for December 6. It was revealed that one member of the Undisputed Era (Adam Cole, Kyle O’Reilly, Roderick Strong & Bobby Fish) will face off against one member of Team McAfee (Pat McAfee, Pete Dunne, Oney Lorcan & Danny Burch) with the winner of the match gaining the advantage for his respective team in the WarGames match next month where the teams collide.

Also announced was a women’s match between Ember Moon and Candice LeRae. LeRae has been named team captain for the women’s WarGames match and she will be joined by three yet to be named partners to face Shotzi Blackheart and three of her partners.

Finally, Kevin Owens makes a special appearance on NXT, filling in on commentary for Wade Barrett. He last appeared in NXT almost exactly a year ago as a surprise competitor in the men’s WarGames match.

The battle for #WarGames advantage goes down this Wednesday in a #LadderMatch! #WWENXT pic.twitter.com/65ZSUBva2m