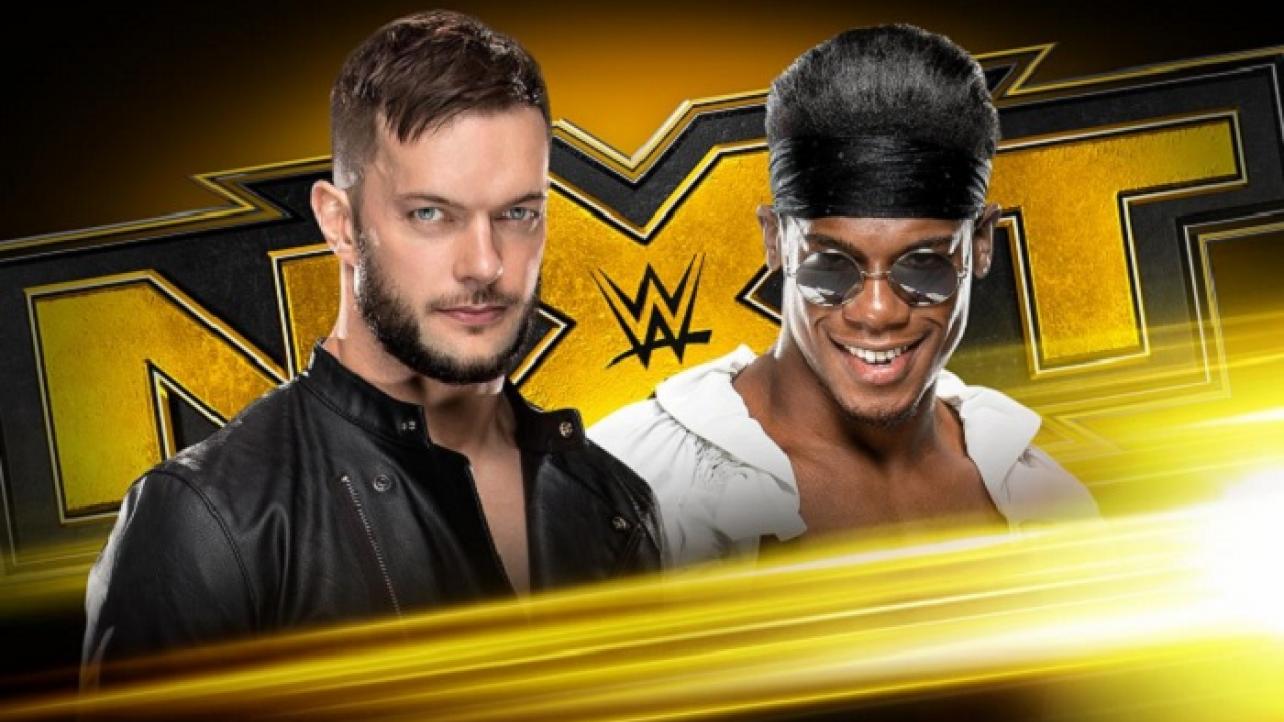 WWE’s black-and-gold brand returns this evening, as this week’s edition of WWE NXT goes down with a show featuring Finn Balor vs. The Velveteen Dream, the continuation of the Interim NXT Cruiserweight Championship tournament and more.

Though The Velveteen Dream had his sights set on NXT Champion Adam Cole, he’ll be taking a detour from his championship path for a date with The Prince.

Finn Bálor took exception to His Purple Highness claiming that Cole was the greatest NXT Champion of all time, warning Dream what would happen if he did that again. The Dream saw that as a challenge and set a date with The Prince for next week.

What will happen when this new rivalry kicks off in the squared circle?

The bitter rivalry between Tegan Nox and Dakota Kai continues to rage Wednesday night on NXT, this time in tag team action, as Shotzi Blackheart teams up with Nox to face Kai and Raquel González.

Nox looked to be at a disadvantage when facing González in singles competition with Kai at ringside. However, Blackheart arrived to even the odds, clobbering Kai with her helmet, which distracted the towering González and allowed Nox to pick up the win.

Now that the odds are evened, who will walk out victorious?

Fantasma, a second-generation luchador, will be looking to make waves in his debut against Gallagher, who has shown a new, ruthless side of himself since returning to the ring.

Who will move to the top of the Group B standings with Akira Tozawa?

Group A action in the tournament to crown an Interim NXT Cruiserweight Champion begins Wednesday night with two bouts, one of which pits Kushida against Tony Nese.

Kushida is out to make his mark in the Cruiserweight division, but to start off the tournament with a winning record, he’ll have to get through The Premier Athlete, who is no doubt looking to move one step closer to a second reign as champion.

Who will pick up their first win in the tournament?

Group A action continues with a match pitting Drake Maverick against Jake Atlas.

Maverick has a ton to prove as his tournament begins, but so does Atlas, who will be competing in only his second NXT match since joining the WWE Performance Center in February.

Who will move one step closer to the Interim NXT Cruiserweight Championship?