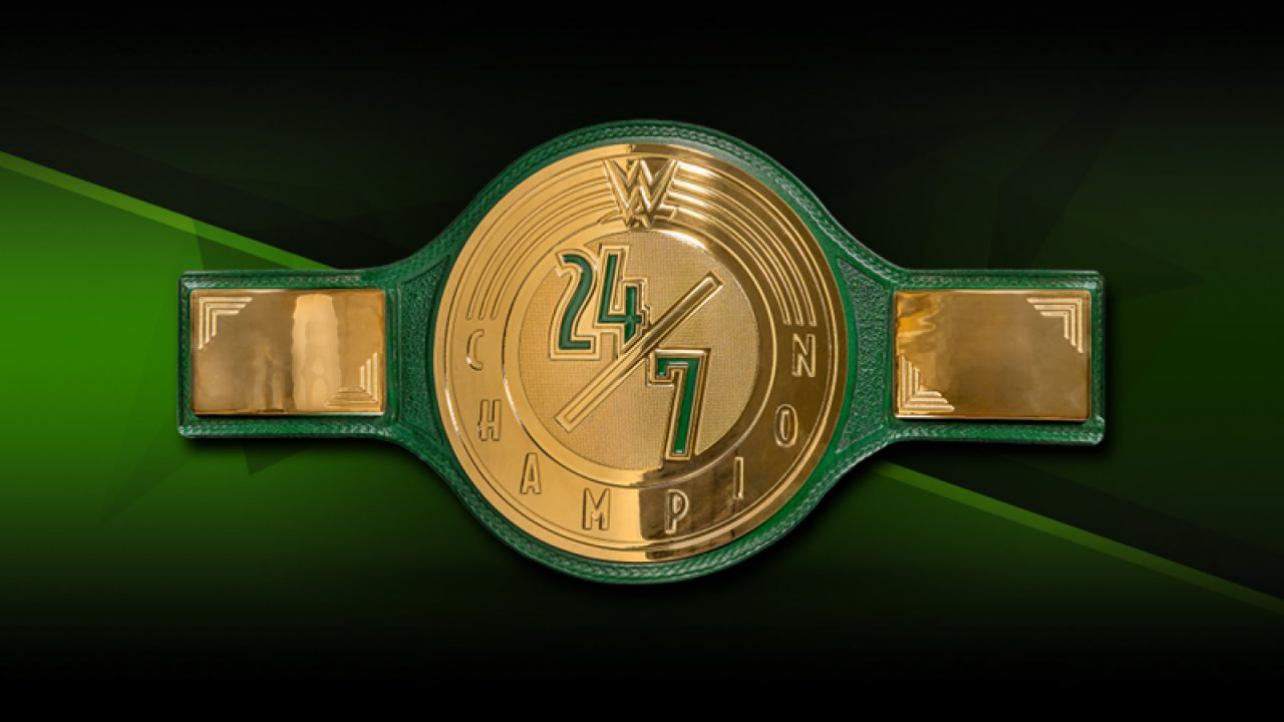 Last night’s WWE Fastlane PPV saw the WWE 24/7 Championship change hands a couple of times. An ad was aired by the WWE for Old Spice, which was the sponsor of this year’s Fastlane PPV. The ad featured an Old Spice delivery guy known as Joseph Average, who was played by NXT Superstar Rik Bugez (A.K.A Eric Bugenhagen).

The first title change took place when R-Truth was hiding behind a display of Old Spice deodorant. We then saw Akira Tozawa get involved and this led to the display getting knocked over. Joseph then went to the other side to pick up the Old Spice products, but in the process of picking up the products he pinned Truth as a referee appeared out of nowhere to win the WWE 24/7 Title. R-Truth then immediately rolled Joseph up for the pin to regain the WWE 24/7 Title.

You can check out the title changing hands in the video below: