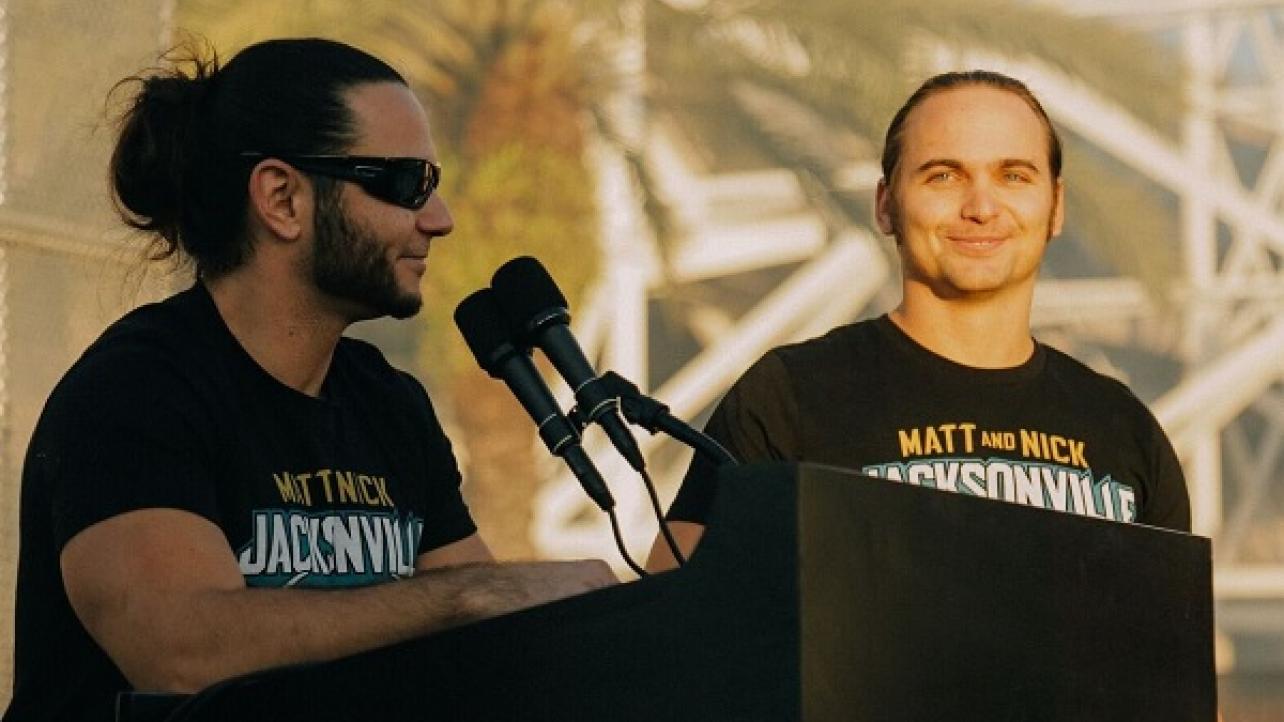 WWE Offered The Young Bucks Unique Contract, Being The Elite On WWE Network?

WWE was fully aware of AEW and the contracts offered to Cody and The Young Bucks, which is the obvious reason that they went hard at trying to lock them down by offering lucrative contracts, reports the Wrestling Observer Newsletter. Adam Page was offered “main roster money” to work in NXT where he was promised a push as one of its top stars. The Young Bucks were offered a salary in the range of WWE Champion AJ Styles including a stipulation that would have included their Being the Elite show made into a regular weekly telecast to air on the WWE Network. In a never-before-heard-of move, as per the Observer, WWE also reportedly offered the Young Bucks a six-month window in the contract where they could have left the deal on the table and gotten out if they weren’t happy with their pushes.

Perhaps the main reason that WWE targeted Cody and the Bucks so aggressively and with such lucrative deals is because of the knowledge that the Khans were launching AEW under the assumption that they would have Cody, Matt and Nick lead and that they wouldn’t move forward with AEW if any of them wasn’t locked into the new promotion.

WWE Offered The Young Bucks Unique Contract, Being The Elite On WWE Network?